Skip to the content
There is a pattern emerging in the past decade or two in the cultural niche of apocalypse-gazing. Namely, we have become increasingly enthralled with the kind of world’s ends which are categorically insidious, infectious, and truly uncanny– the notion is popular that an apocalypse will sprout germ-like from a familiar flower. Both zombie swarms and global warming are great examples, in the very Freudian sense, of some basic and familiar entity putting on a foreign guise, and attacking from within. 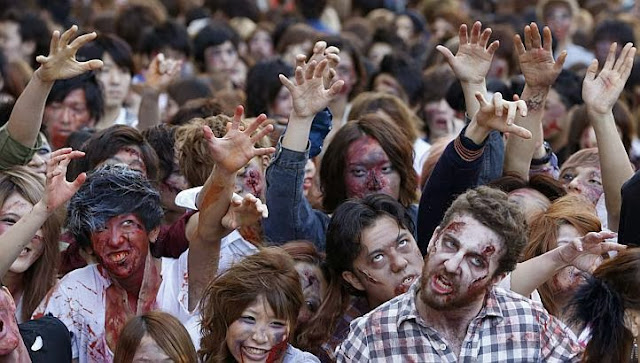 The uncanny royally complicates attitudes towards its object. Previously, things that disgusted us or made us darkly sad and uncomfortable could easily be lumped together with fearful or dangerous things, and thereby avoided entirely. After it, how are we supposed to feel about uncanny objects? We can neither flee them nor meet them head on. Increasingly, I am finding my attitude toward common visions of apocalypse I invent to have this same upside-down hesitation. One the one hand, I tend towards them— the vast majority of my short stories and poems mention the inevitability of death, or otherwise human beings’ self-alienation through technology (how can these futures be made to appear simultaneously real and unlikely?). But on the other hand, I often dread writing about them— surely there are some unwritten children’s tales or limericks that I can compose, to keep the mood light. Being a person who strongly values versatility and plurality of views, I hate that I have these thematic tendencies. Thus is my writing so uncannily colored.
A recent idea I’ve had of this sort (characteristically fucked up and fascinating at the same time) addresses the future of our food. The thought came while discussing bio-engineering and its moral pitfalls with a friend. It excites me that we are on the doorstep of a new age where we’ll be able to seriously interfere with evolution. Breeding and cloning aside, we’ll be able to really shake things up on the level of nutrition, and create an immense shift in how the average person consumes food. Changing the method of supply will alter the patterns of demand. Soon, fast food will not be connoted with high triglycerides, sugar sugar sugar, or fat Americans in drive-thrus. Food on demand will be engineered and supplied when we need it, for essential nutrition. That is where the current demand is going, and that is what companies will sniff out. And as that industry accelerates beyond control, there will remain a kind of semi-nostalgic desire for things like meals, dinner parties, DIY cooking… all the intangible social/cultural qualities that accompany traditions of eating. I foresee a rift opening between food that we consume for nutrition and food that we consume for pleasure (le goût, in French, for which in English there is no satisfactory equivalent).
Cooking will soon be a luxury, because its preconditions, time and fuel, are scarce and expensive. The daily meals of middle-class workers will be a piece of lab-grown meat product or what have you which you eat in one minute on the way to work, replete with enough calories, protein, lipids, HDL cholesterol, iron, magnesium, Vitamin C, etc. to get you through the morning till the next serving. In this scenario, what that food actually is, or what it tastes like, is arbitrary. 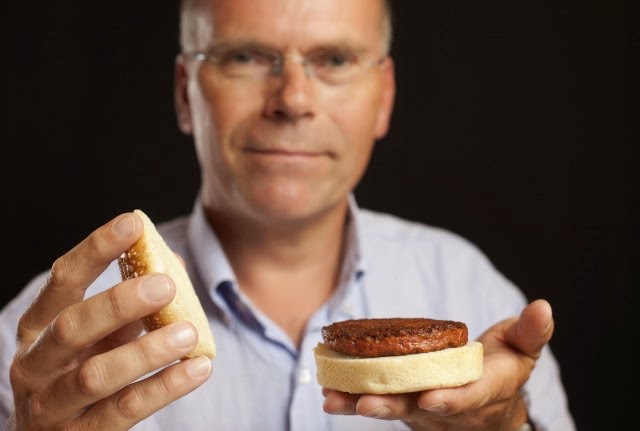 Humans often search for the path of least resistance, or at least pursue the opportunity to regress to leisure as frequently as they can. One definition of technology is: the means by which we domesticate ourselves. Laziness will grow a new limb with the advent of food on demand. What is your favorite food? If you had to eat only one type of food for the rest of your life, what would it be? I am a lover of bread. Soon the day will come when I can eat nothing but bread, and it will be engineered to contain all the nutrition I need: all the amino acids, lipids, vitamins, omegas, good cholesterol, fiber, balanced carbs, the whole package. My day-to-day life, streamlined for me to work the maximum amount of efficient hours (contributing, fittingly, to the very food industry which feeds me), will be fueled with these cyborg breadloaves. Only during weekends and holidays (the time discretely apportioned for leisure) will I have friends over, season steaks, chop vegetables, bake cookies, mix cocktails… cook meals.
Many visions of the future, it seems, strike a cacophonous chord blending the unfeeling detachment from nature with immaculately commodified, custom-made pleasures. In the lion’s den of capitalism those skeptics among us are certainly warranted to think this way.
PS: Let’s not be so quick in deciding this development to be evil and evaded at all costs. All criticism of this future as too bleak to be true stems from the notion that it’s too disruptive of the natural processes already in place– altogether too unnatural. But who are we, as human beings, to lament the loss of our connection to nature when there is actually NOTHING natural about our species to begin with? Walking? Holding stuff? Growing plants? Thinking? Writing? Cities? All those were severely new things when they came about hundreds of thousands of years ago.
As Louis CK says: why is littering in NYC so bad? NYC already is a giant stinky piece of litter. 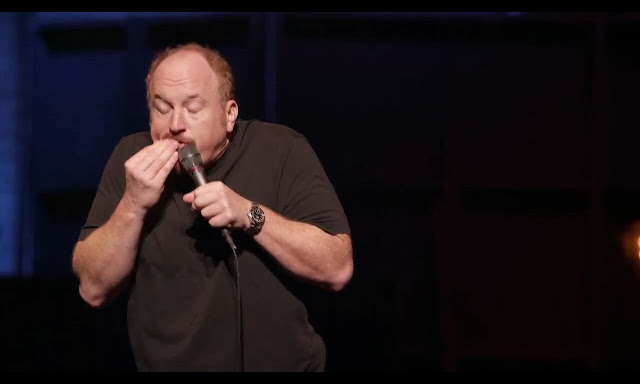