Skip to the content
Why do we read?
But, Mr. Keating, do you not see the complication? How is one supposed to receive something very specific while at the same time expecting to contribute in the future? Were one to read every book ever published, one would come to the conclusion that there is nothing left to contribute. Writing is sometimes this struggle against odds– to put something out before someone else does. Few people are more cogniscent of this truth than Joan Didion. The way we decide what is a “beautiful” work of literature or art, in my mind, is determined in part by its clarity; by the magnitude of that feeling we get which is best expressed by “I could’ve done that!!”** Murray Gell-Mann has lectured on this topic for years. At this point we immediately praise the author for their foresight and wisdom, but I’m more interested in the reverse implications. 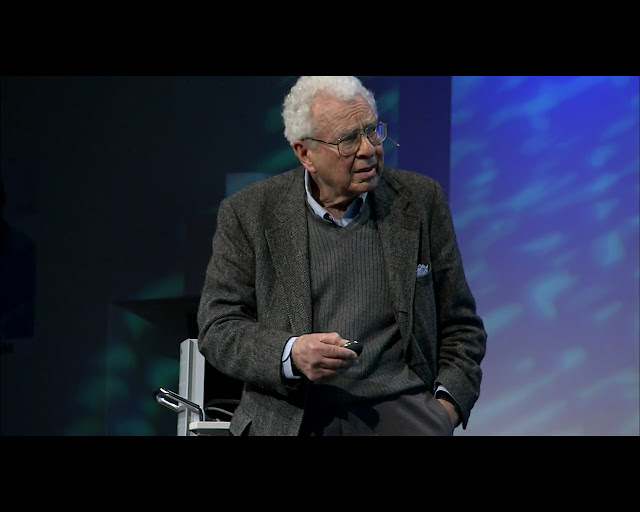 Reading seems to sit right in the comfort zone of the invasion of private space, just the perfect amount we can tolerate, and it hinges on our relationship to one another. Written text is peculiar: it’s like going to a lecture, but not quite physically so– it’s like the mind is running off on its own, but not quite so.
On the one hand we are aiming to get inspired: to have the words we receive give impressions or nods towards paths that we are to follow in our own minds.
On the other, it’s dangerous to read excessively, because that basically becomes others telling us what to think (a dismissal often heard by grad students, newsworms, and talk radio junkies), leaving no room for forming one’s own opinions. Mitigating so as to remain in the comfort zone is a responsibility, and something of a chore, and unfortunately (I am sorry to say), nowadays it is far too easy to continue receiving and receiving without exercising the mind. If you’re going to read an article and simply tell someone else to read it later that day (without giving reasons why), you have not read the article. If you go see a painting and spend most of the time reading the blurb next to it and listening to your audioguide, you have not seen the paiting. If you go to a building and spend most of your time looking down, you have not been there. One has to be even more rigorous in preventing the reading mind from drifting too far towards complacency.
One of the great assets of the reading mind is its ability to translate analagously between modes of thinking– to compare two ideas which may have originated from incomparable sources. As a young architect who likes to write a lot (and not just about buildings, and not just non-fiction), I was greatly inspired by news that Peter M. Wheelwright has written a novel. The last answer is what struck me the most: “…academic texts I’d written in the past were being received by students as a form of instruction about the way the world is, whereas fictional texts have the capacity to inspire us about the way the world is and how it could be made better.” It became quite obvious once I read it: the narrative essence of architecture is something that translates much better to fiction than non-fiction. Consider the influence Hugh Ferriss (more a draftsman than an architect!) had upon the coming-of-age of America’s first skyscrapers. 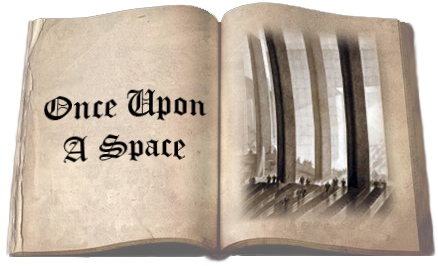 I followed Wheelwright’s nod to Richard Rorty, who takes it all a step further, and uses that mode of thinking to withdraw from conceptions of knowledge and analysis, in effect repainting philosophy’s entire point as an evolved tool to help us achieve stasis and closeness to nature. The “distinction between instruction and inspiration” as Wheelwright puts it, is more of a balancing act. From now on, every time I receive any work of art, I have in mind the fact that the author decided to create it precisely in this way because they believed strongly in it, and because they hadn’t yet encountered anything congruent. It greatly deepens and enriches the experience.
This is almost, to me, as much a function of the expectation when choosing whether to pick up a novel or an essay as it is a function of the writing itself. Again, the burden is the reader’s to remain vigilant. Imagine a world without book covers, where anticipation is broken of how I am supposed to analyze what I’m reading. Joan Didion and Borges are among those who stagger this distinction– which is what makes reading them interesting. Is it an essay? A history? Totally made up?
With the onset of adulthood we learn about little disciplined rituals we must perform to maintain order in our lives. Breathing exercises. No alcohol for a week. CD’s in alphabetical order. One such practice manages books. This is new for many of us, because books used to be just another category of things forced upon us in school (via academic bondage I grew to despise books like Architecture And Utopia, The Stranger, Aristotle’s Poetics, The Great Gatsby, Animal Farm, Macbeth……), and never a responsibly-scheduled divertimento. Last fall, hearing me whine one time too many, Charlotte taught me a lesson in reading: to overcome my masochism and put a book down if it fails to excite me within 50 pages. I immediately put down The Savage Detectives. Feeling liberated, I have never read a book in the same way since. Many times I have returned a book to the shelf once I got the feeling I was not going to learn any more from it, once I decided that the author had nothing more of substance to offer. A brasher approach, no doubt, but a richer one as well– where every sentence is taken with intent, and I am constantly flexing my brain muscles, evaluating meaning and drawing conclusions. Thus I don’t allow myself to become too subservient to any text.
**A direct quotation from a nameless friend who momentarily piqued me on Friday night by disclosing their opinion of Picasso. Had they been listening to the others present in that discussion they would have heard me say, “Well, of course you have the tools. But do you have the imagination?” I said, by the same logic, you could write an ee cummings, or Huckleberry Finn for heaven’s sake– you are literate, you know all the words in it. But have you the mind to string them together just so?
A BONUS!