"Architecture is usually understood as a construction... but the essence of architecture is not in its visual form .... The phenomenon of architecture cannot even be properly named, because it does not have a noun essence. It is nameless; it is a verb, an event. Rather than an object, architecture is a confrontation, interaction, and exchange."
-Juhani Pallasmaa, Pamphlet Architecture 25

Thesis begins by fleshing out vital issues, then collecting and editing them to create a book. The final project is an iteration or attempt at architecture to ameliorate those issues. This urban thesis presupposes that buildings and people are symbiotically linked essences. It begins by analyzing Lower Manhattan's rich history of urban events and encounters. Research culminated in a book that literally allows the reader to play with different combinations of people and places, to inspire different possibilities of urban encounters...
As a prototype, a structure is erected at Bowling Green. The structure is as light as possible, and has moveable elements to reduce the sense of it being a "building" and instead as a facilitator for various events, as mobile and anamorphic as the people that use it. 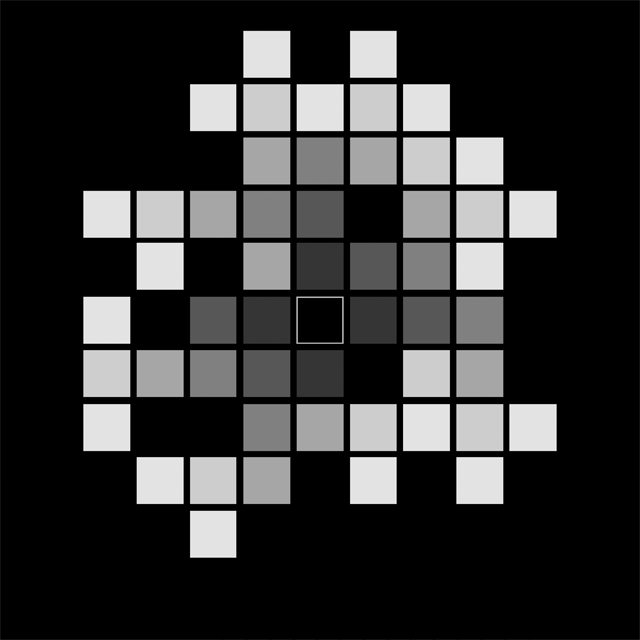 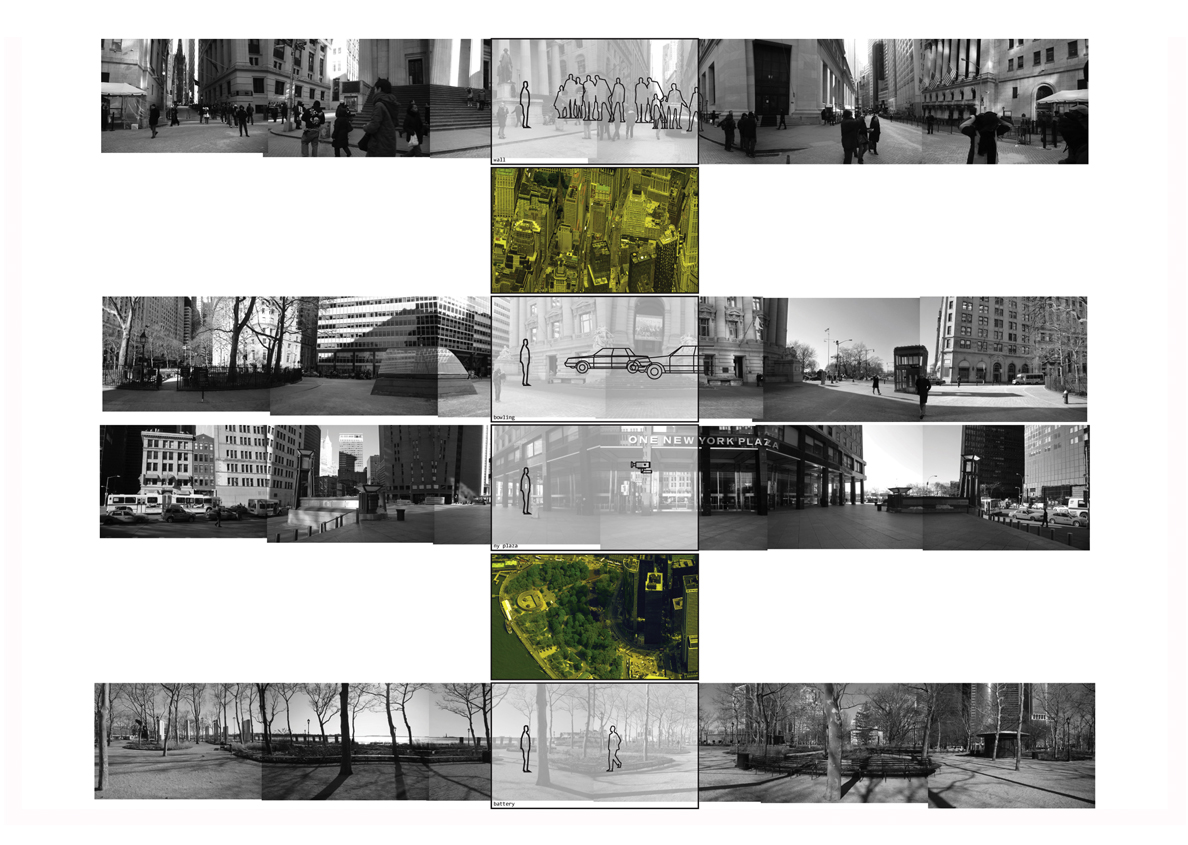 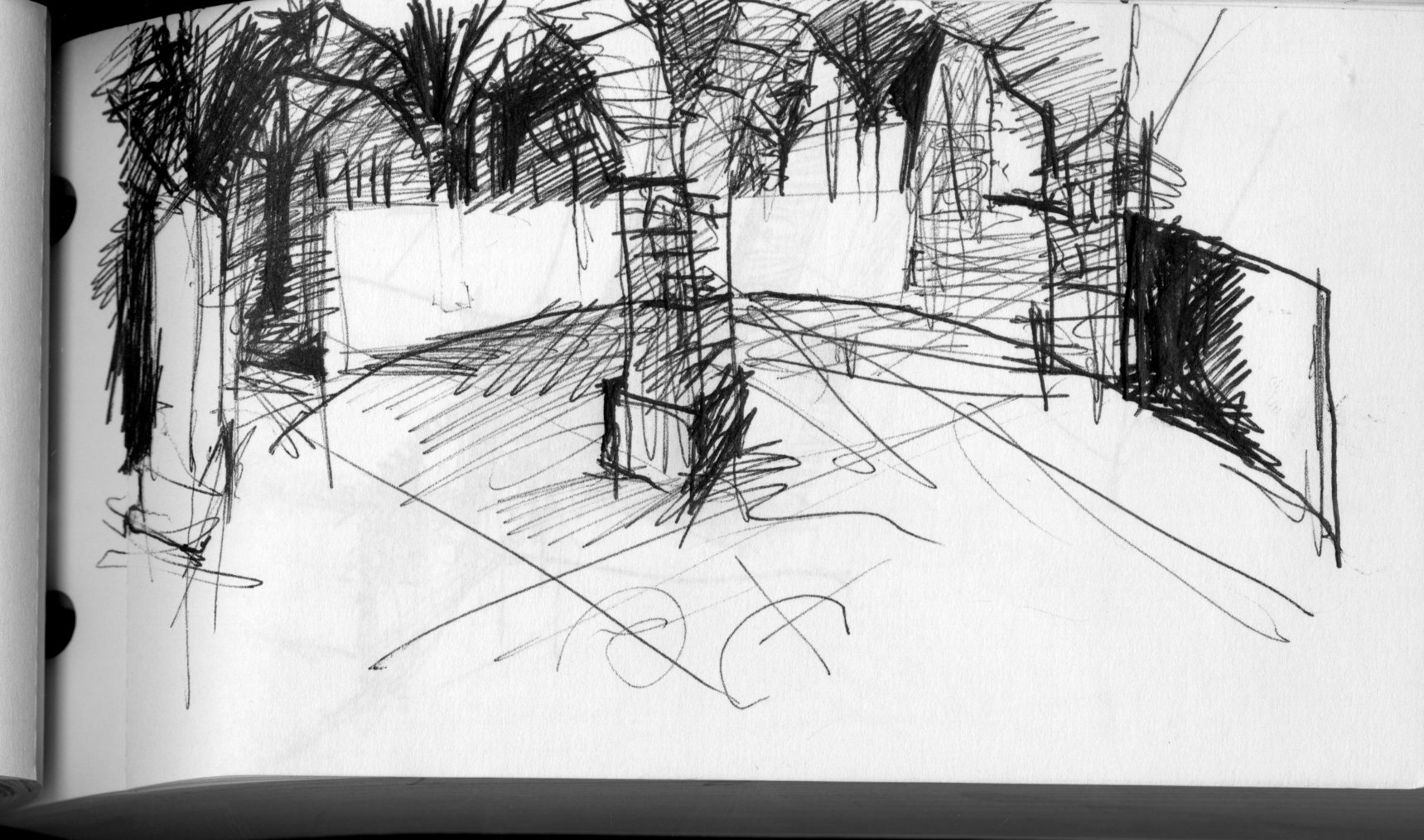 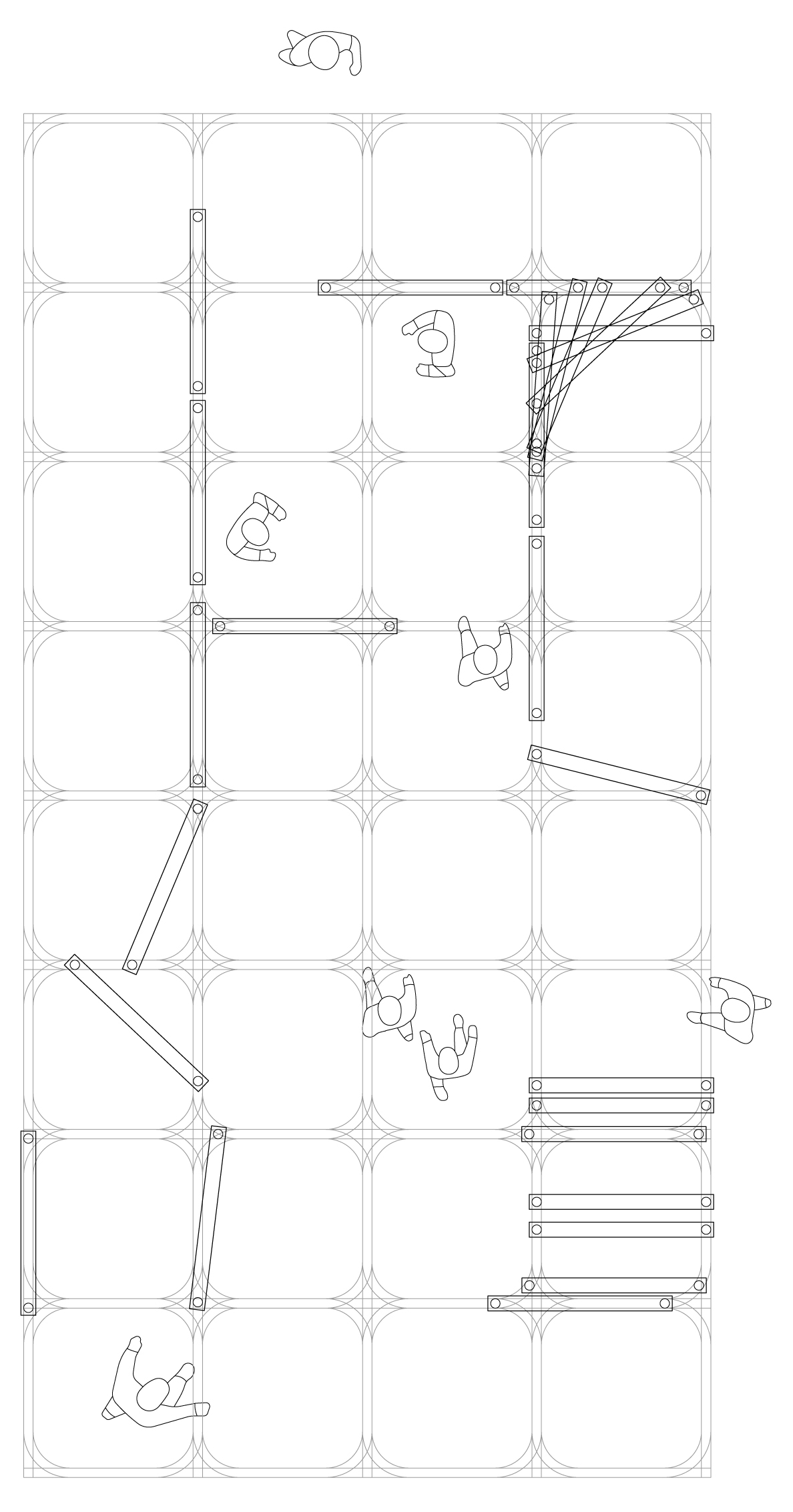 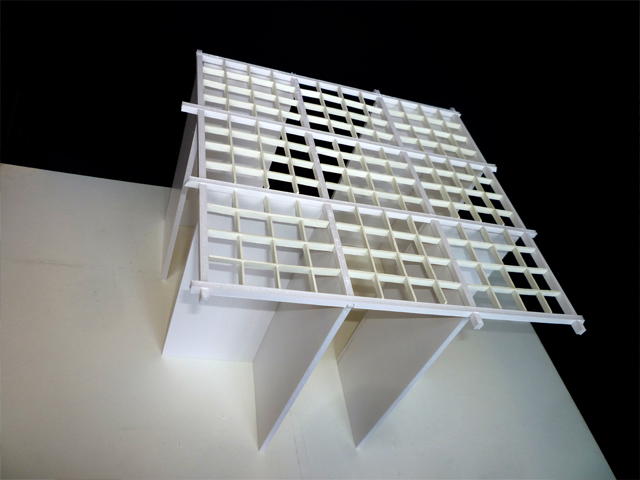 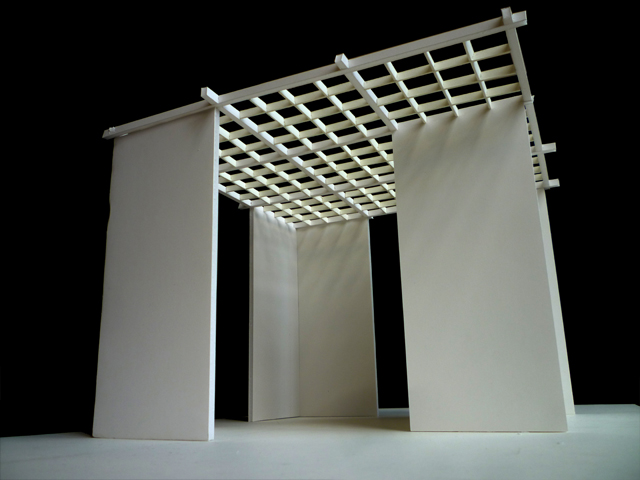 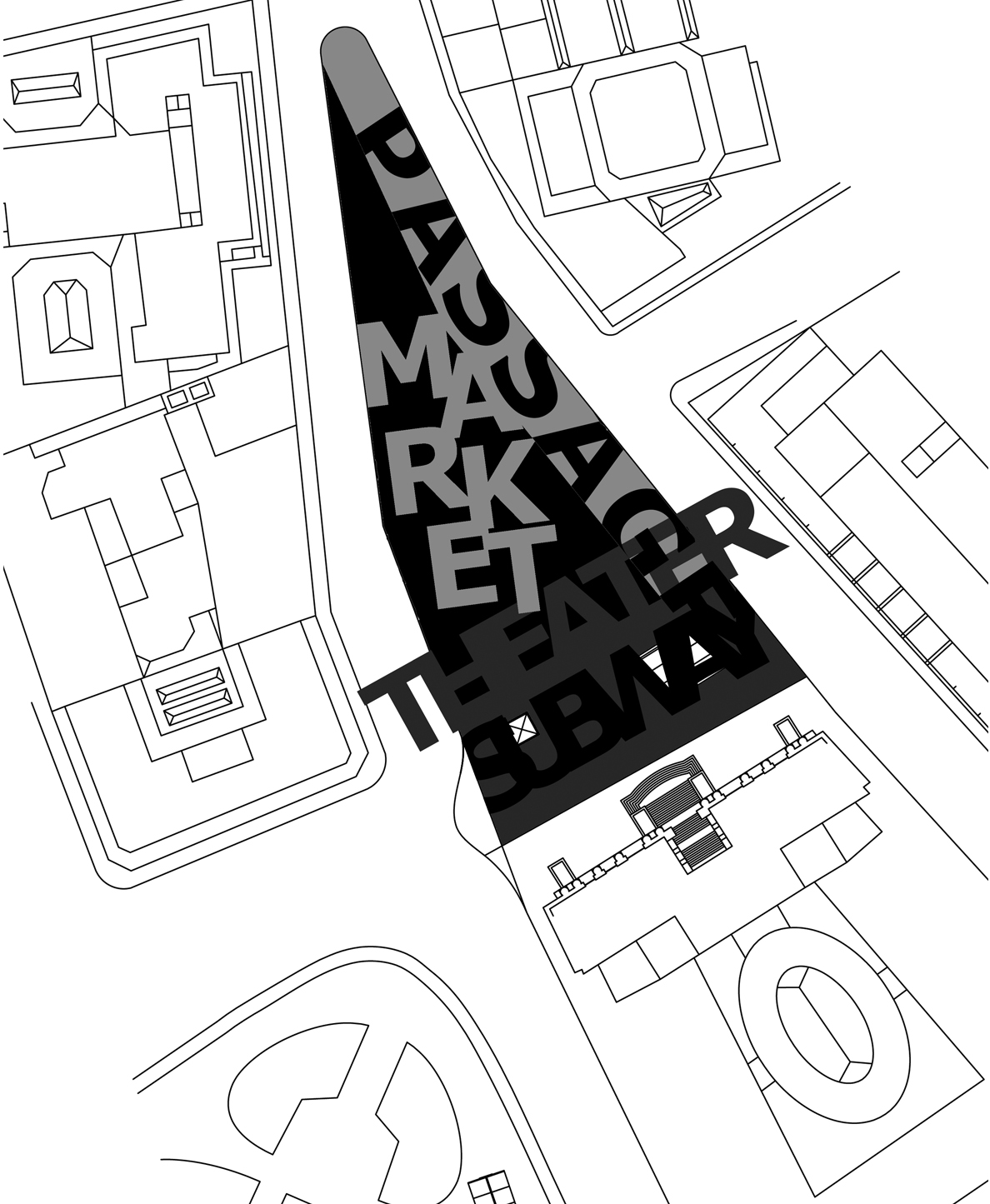 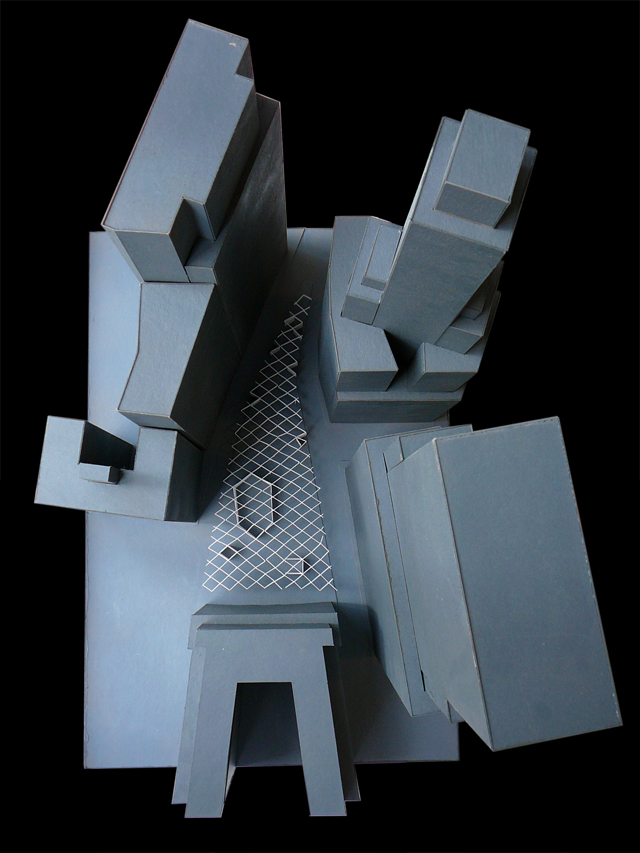 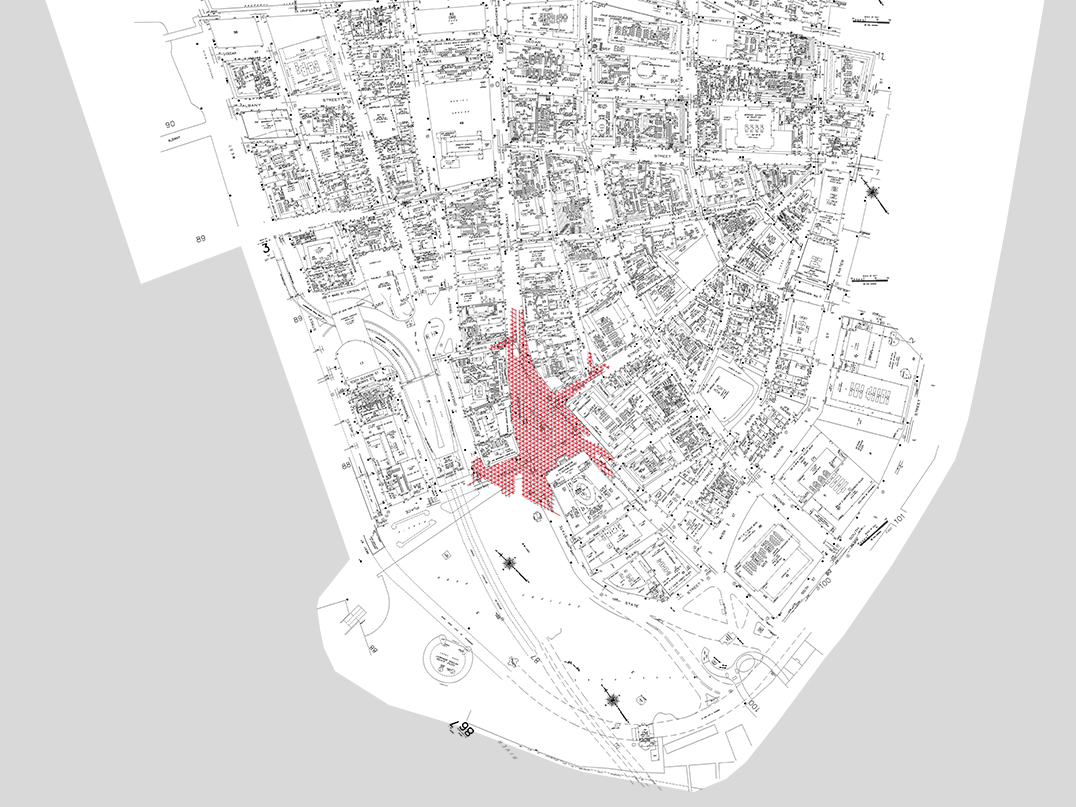 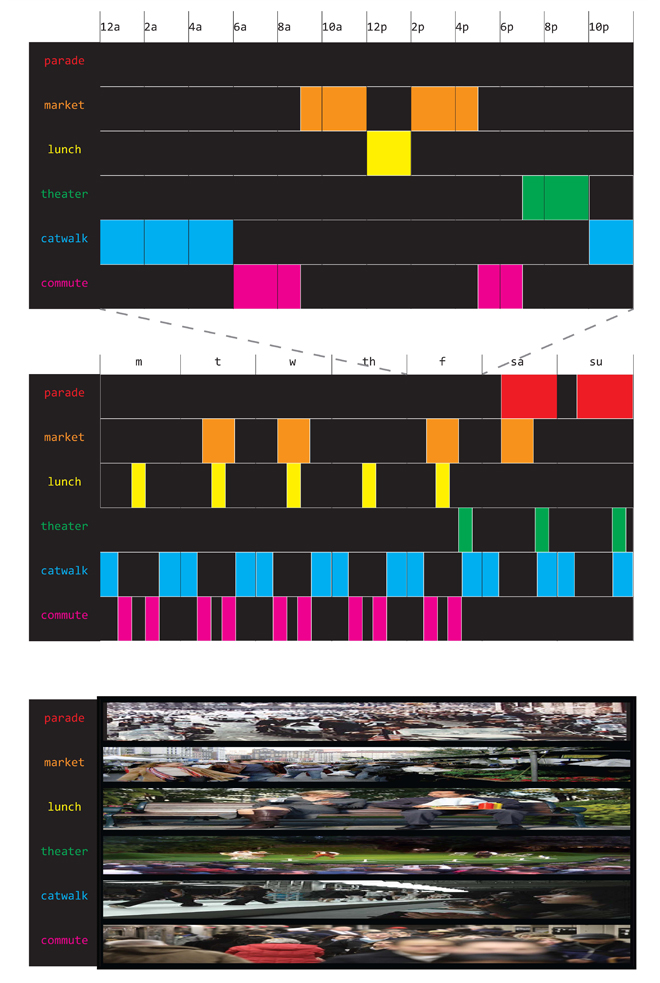 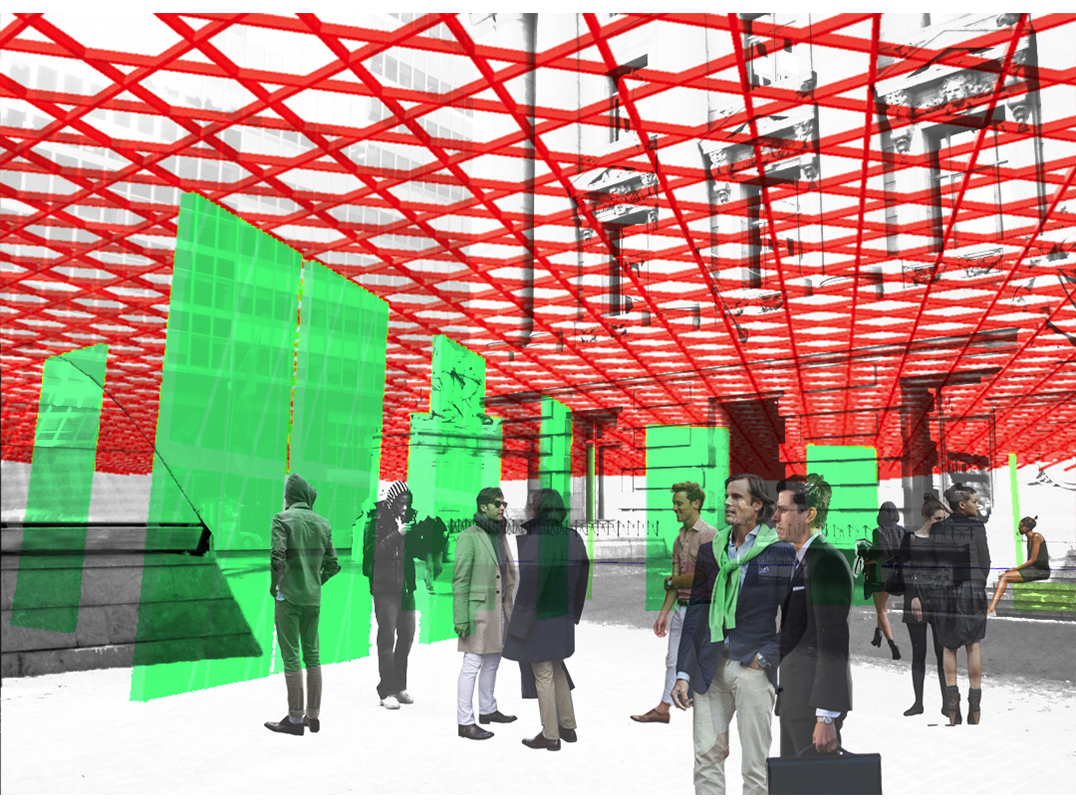 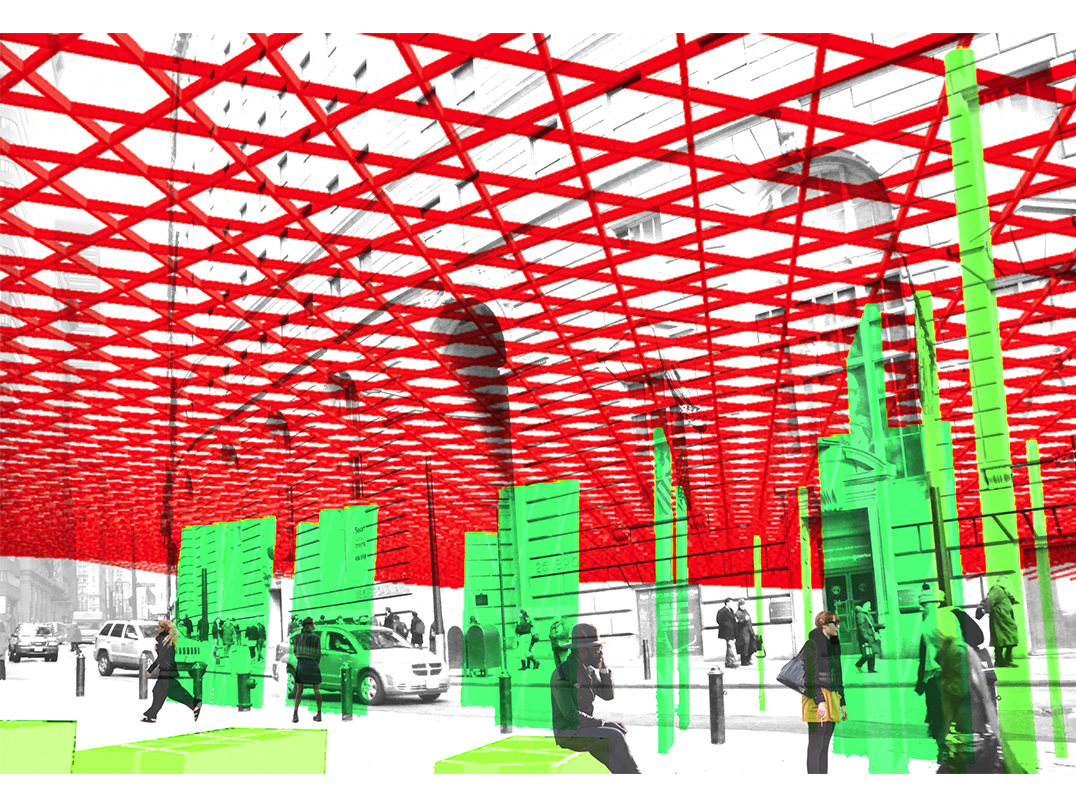