Skip to the content
First, Rousseau argued it…. Then Kant laid it out…. Then Nietzsche declared it…. Then Yeats sang it…. Then Picasso painted it…. Then Antonioni shot it…. Then Tschumi built it…. Then Bolano practically drilled it into our heads…. It is the primary motif of modernism. It is the concept of decentralization.
Since the Enlightenment, the shift in our mode of thinking has been gripped by this tendency, and given the above examples we are still in its clutches. However, every tradition must dwindle, as must this one, and what began as a beacon of hope for achieving real equality has turned mostly into a complacent attitude with depleted resources and a history of failures. Why have we been drifting cynically away from the idea of centralized models of us, our cities, or our universe? Why are we allergic to nodes? I am talking about more than the obvious: like Gods, manifestos, hearths, or Parliament Squares. I am talking about the underlying systems that give those things their essence: things like difference, hierarchy, perspective, and representation.
We are living in a desert of centers (a la Baudrillard). That metaphor has two layers. The first is pessimistic, evoking the typical image of a dry, empty, depleted place. Lack of centrality has left us, unregulated, to suck our resources dry and fall victim to our own errors. The second, however, is optimistic, for we can forget that sometimes deserts are as alive as forests. All of the water is just cleverly concealed, and cleverly concentrated. Here, we see that a divide has grown between the size of a thing and the influence of a thing. Centers still exist. They are just harder to spot– physically diminutive, yet containing within them the same concentration of architectural nutrients as they did in their 18th-century ripeness. They have dried up like raisins. The once-prominent nodes of power and influence have shrunk under pressure, and now find themselves sharing space with the smaller players in the political game. On the one hand, it was a great victory of modernism to have achieved such a coup– but on the other, if we are going to close the act of modernism and begin something new, I think we need to welcome centrality back to the cast of heroes.
Picture a strawberry, its seeds set in its red skin like tufts in a pillow. It is strange how evenly spaced they always are, isn’t it? 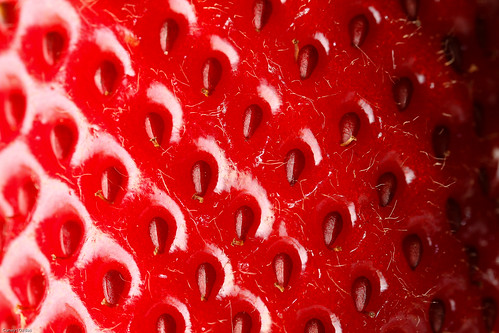 And looking deeper, after cutting a the berry in half, one notices that each seed has a light streak leading to the center…
It occurred to me that strawberries are frozen explosions. Something that previously existed as a dense cluster in the center is now gone– like an empty pocket still bulging after removing its valuable contents too quickly– and what we see and eat are the particles violently displaced by the explosion. We have the seeds: the densest particles which accelerated the fastest out and are on the event horizon of this berry’s physical state, and in between there is the less-dense gas which cooled slower into a homogenous, viscous meat– the pulp of stardust.
If we believe in explosions (we certainly continue to love bombs), we must also believe in centers. The 21st century, with precious hindsight, will continue the work of the 20th without falling into its ideological, postmodern traps– principally that of denying the universe a center. Frames of reference must be established, vectors must be normalized, in order to make things like Deleuze’s rhizome, universal healthcare, and a global financial market become sustainable models for daily life.
If science, and physics in particular, were any role model for our conception of order in the world, then it is simply that we seem to find new centers, further and further out (and further and further in). Once we decide that the number of centers is infinite, it then merely becomes a question of selecting the right node at the right scale and with the right reach for one’s purposes. As I look upon my own echeveria, the other succulents, my persian rug, and Charlotte, I cannot help but think of centrality’s graces. If I am to love something, I need to dedicate to it an amount of attention that is completely disproportional to its size in the multiverse. Central models, in conjunction with egalitarian ones, can allow us to experiment with an infinity of worldviews and come away equally humbled and empowered. 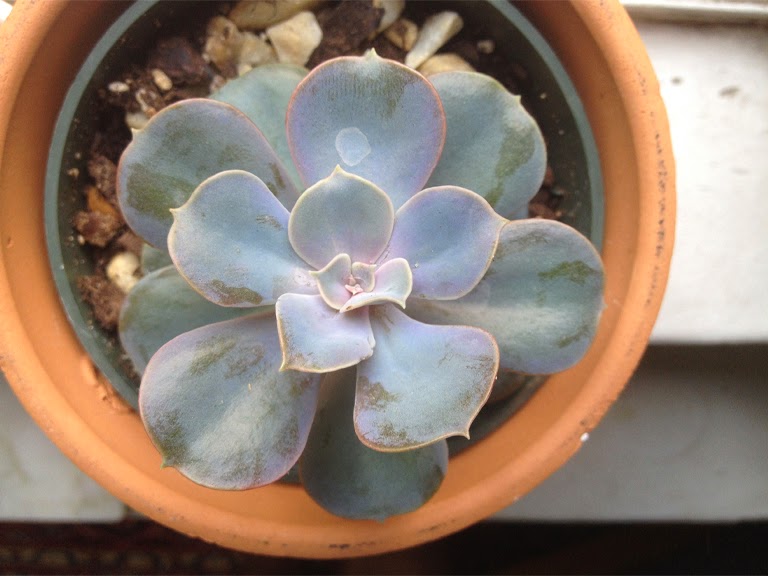