Skip to the content
In Legacy I brought up how the real token of history is usually given not to the pioneers but to those directly succeeding them– the “culmination artists.” On the subject of the former, the progenitor, it might be worth taking a statistical jab at the rate of turnaround– or, how long it takes for a pioneer’s work to become widely recognized and valued. An important additional factor to consider is a counterforce: that of the public’s outrage at the pioneering work’s first reception. It may be skewed retrospect (which is to say that it may not in fact be a majority but an overly celebrated minority of cases), but many names come to mind that include the extremes of both aforementioned factors. The Rite of Spring. Four Organs. Howl. Justine. Fountain. Bonnie and Clyde….
Believers of universal justice hope that eventually all pioneering works of art will get their recognition– which then immediately summons thoughts of the exceptions: the lost masterpieces, time capsules buried in stone, forgotten creations… These exceptions are works SO unconventional, SO ahead of their time that they never became widely recognized. In fact, there is one in which not only were the creators unrecognized for their work, but in which the work may have served as a fatal turning point. It is the story of the Crazy Wisdom Masters.
Long story short….
And a great interview with producer David Williams.
Vibe. 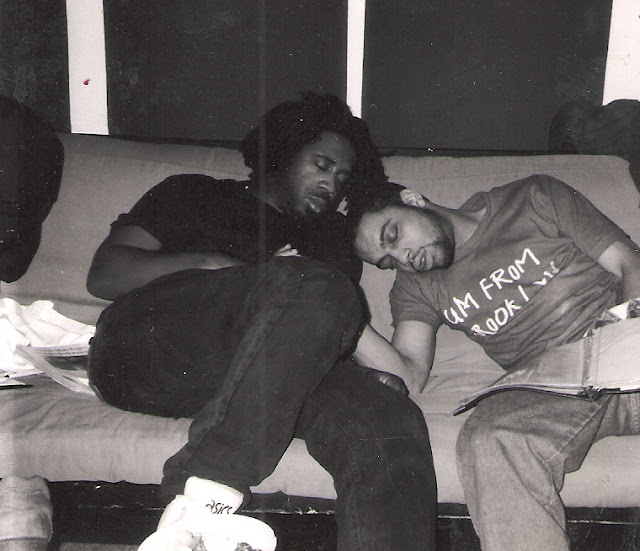 The JBs were the most outrageous, funky, politically conscious hip-hop group during the early 90s. Their ’88 debut sampled Manu Dibango, Marvin Gaye, The Meters, Jimmie Walker, Gil-Scott Heron, even fucking Liquid Liquid!, and opened the doors for both jazz hip-hop and those awesome electro-house hip-hop fusion dance jams my Fame school predecessors most likely danced to. They entered the fray already with their own quirky language twists (jimbrowski) and that three-pronged attack of two counterpointing MC’s and one DJ. Tribe, De La, and others have followed this formula. I consider their sound to be more full-bodied than Tribe’s and more focused than De La’s. They really opened the doors to hip-hop for me. Which only multiplies the irony I was hit with when I realized that the JB’s have largely been slept on since ’93. Some say it’s the diminished quality of their music, others say it’s the height of the bar set by their legendary peers (aforementioned), still others say Warner Bros painted them as unmarketable after J Beez Wit The Remedy and their still-high-quality music is underhyped and thus underappreciated. Listening to Raw Deluxe, it is clear at least to this listener that they were still producing some funky stuff into the late 90s, maybe not quite up to par with their early stuff, but how can you not let your head roll to Brain or Bring It On (a rehash of Scenario, straight up). But you get the sense that the Jungle Brothers never quite rebounded from the disappointment of stifling the fruit of their long labors. Fortunately some tracks from the Crazy Wisdom Masters sessions were salvaged and released under a ten-inch entitled The Payback EP. Here’s the opening track. Totally mind-blowing. This is claustrophobic, fragmented, yet moving music that took real guts to put out. But by Mike G’s words the internet remains a tough blockade for artists who want to sell and make a living off their music, because so many people are able to just consume via YouTube for free. It’s a delicate balance between that and using the internet for its excellent promotional power.
There is something even more tragic about this episode considering the very nature of hip-hop in general. It is an art form rooted in immediacy. Youth. Collaboration. The absolute frontier, where multiple different forces have to somehow collide (collision is accurate because it must be simultaneous) and produce music. Under ideal circumstances, it’s like there’s only a before and after– in the middle is either instantaneous or uncontrollable. It’s like splitting atoms.
Hopefully the JBs can reunite and conceive of a new record that can hit that sweet spot. Because it is fun to imagine the time when popular music will finally catch up to Crazy Wisdom Masters… Considering their influence on hip-hop I hate to see them languish in footnotes and butt ends on hip-hop mixes. And it all comes down to the fantastic explosion of some real frontier shit in that summer of ’93. The force was so great it’s like the pieces became too scattered (the characters and stories are currently adrift). I hope we will soon gather them again, and see the whole picture in its glory, when the JB’s hour of judgment arrives. 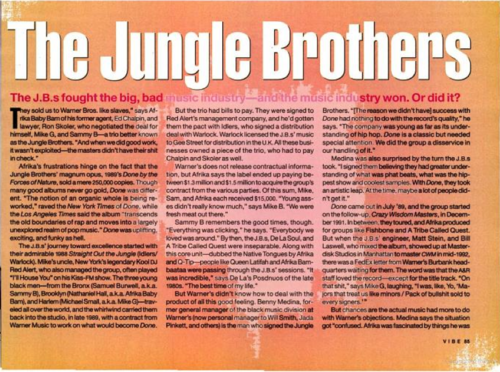