"3rd Street Arches" is a simple and bold solution to the challenge of ameliorating Prospect Park's 3rd Street entrance. Its simplicity is derived from repetition and an understated monumentality, which is neither overwhelming nor unnoticeable. In passing, the dynamic entrance blends into its surroundings. The arched forms echo numerous fixtures around the neighborhood familiar to local Park Slopers.

The project takes an unconventional approach to the concept of "gateway" in response to one qualm: how does one make a gate that simultaneously blocks and discreetly invites traffic? These arches much prefer the latter.

The arches also clarify the bicycle and pedestrian lane layout while not changing them excessively from their existing configuration.

Finally, the arches are quite simple to erect and thus can be seen as a prototype for future reiterations in various locations around the park, creating a sense of uniformity. 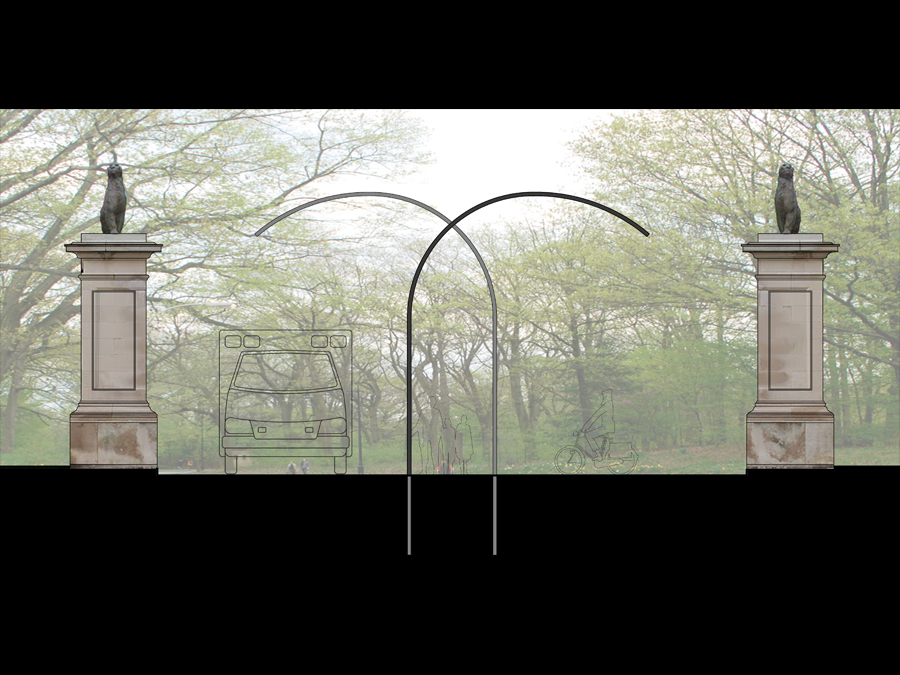 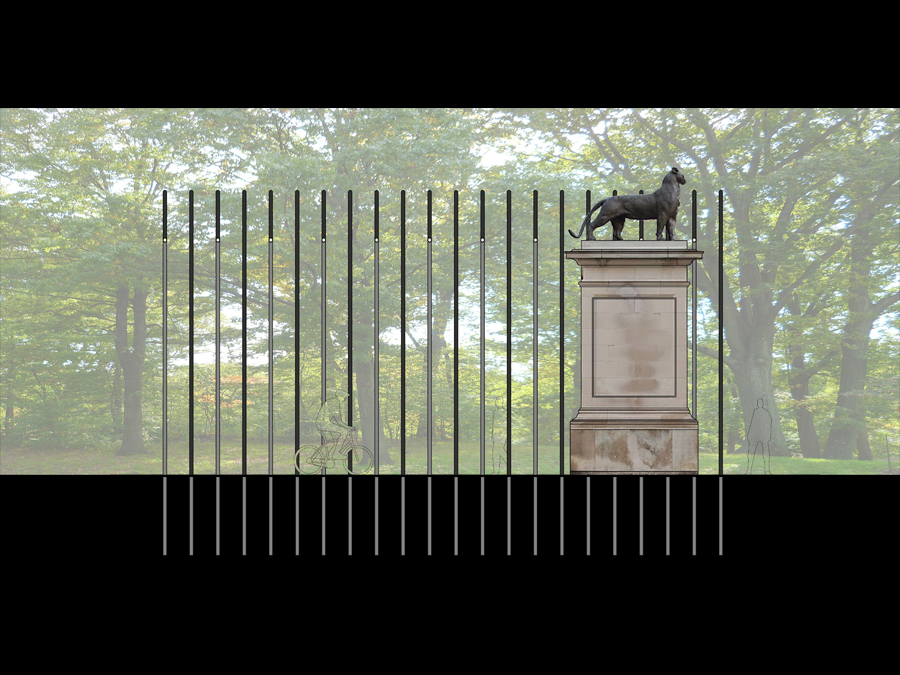 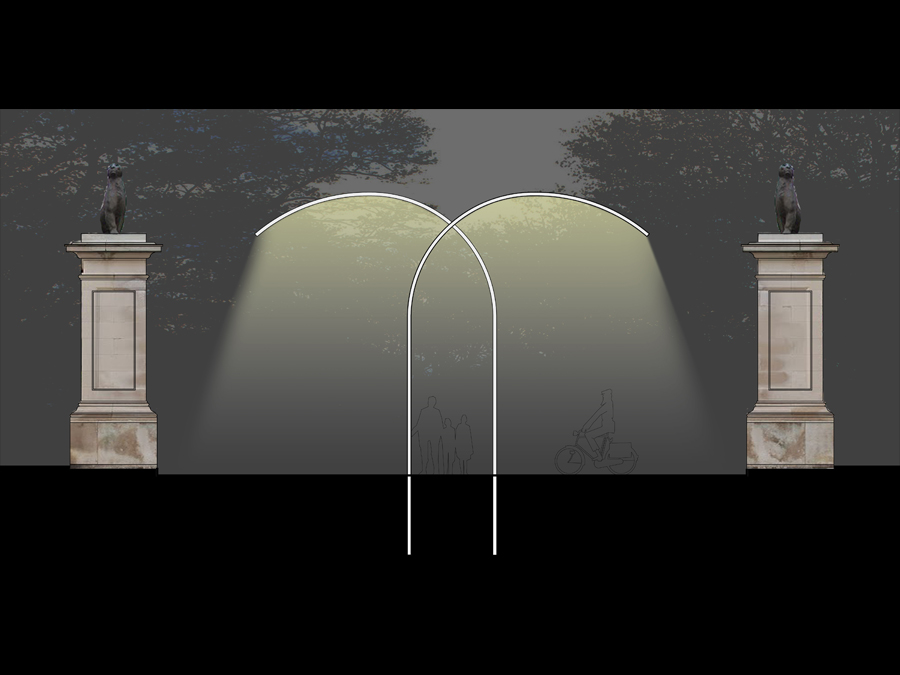 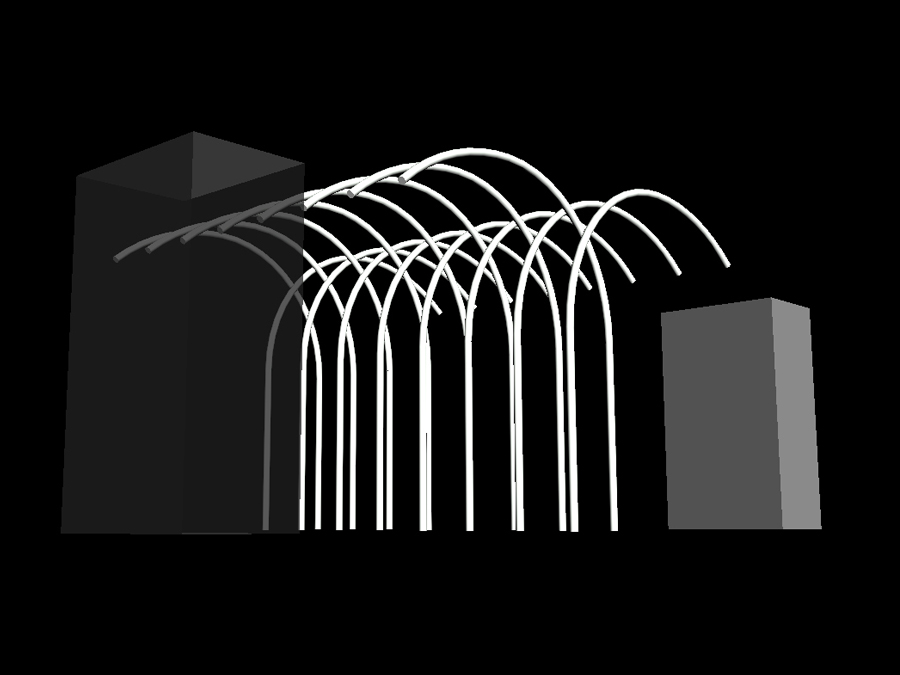 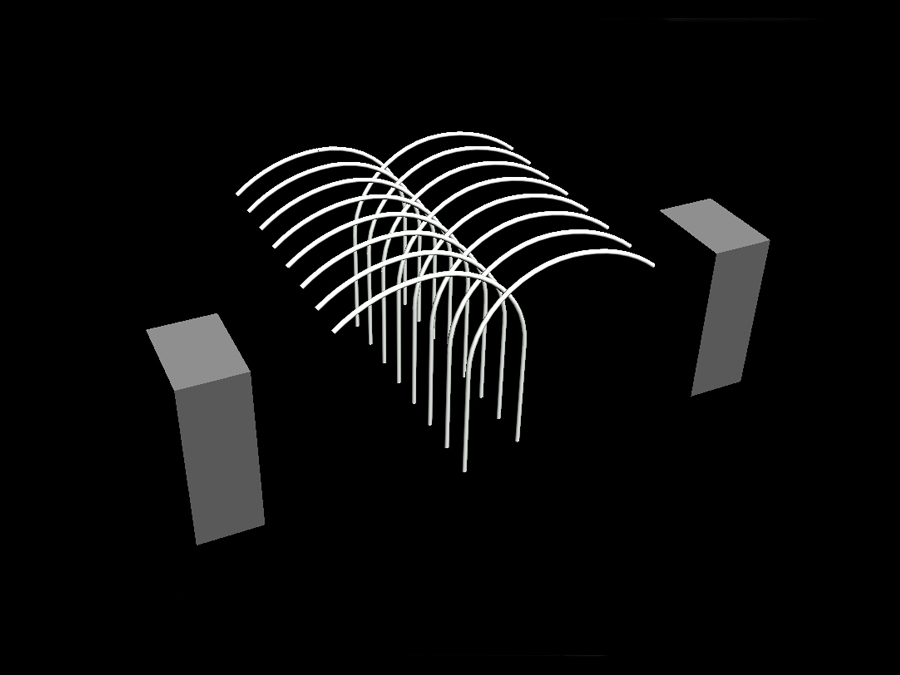 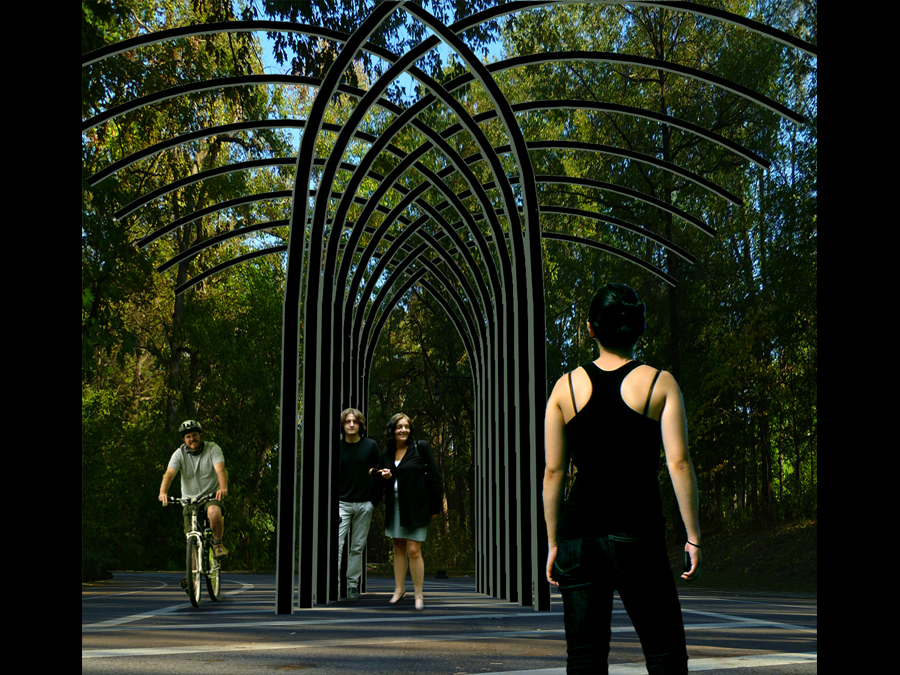 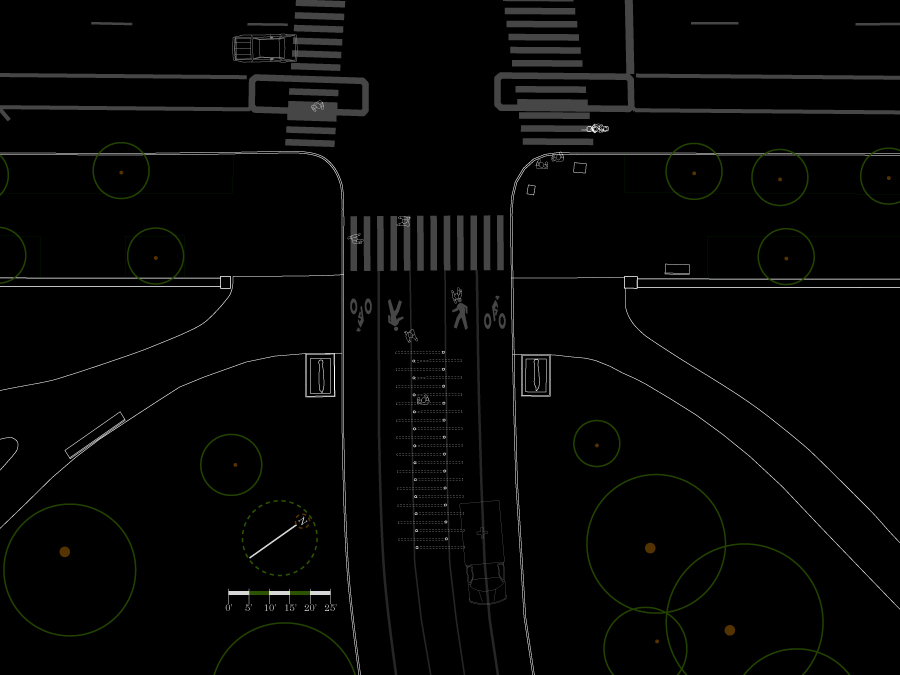