Skip to the content
Browsing Book Court’s New York Review Books shelf, one of my favorite publishers of late, I encountered its edition of The Unknown Masterpiece from Honoré de Balzac. Though he kept it short and sweet and I enjoyed it very much, none of the story has stayed with me closer than the epigraph (such is the curse of excellent epigraphs– they sometimes sum it all up better than the whole of the work to follow):
“I think a man spends his whole lifetime painting one picture or working on one piece of sculpture. The question of stopping is really a decision of moral considerations. To what extent are you intoxicated by the actual act, so that you are beguiled by it? To what extent are you charmed by its inner life? And to what extent do you then really approach the intention or desire that is really outside it? The decision is always made when the piece has something in it that you wanted.”
-Barnett Newman 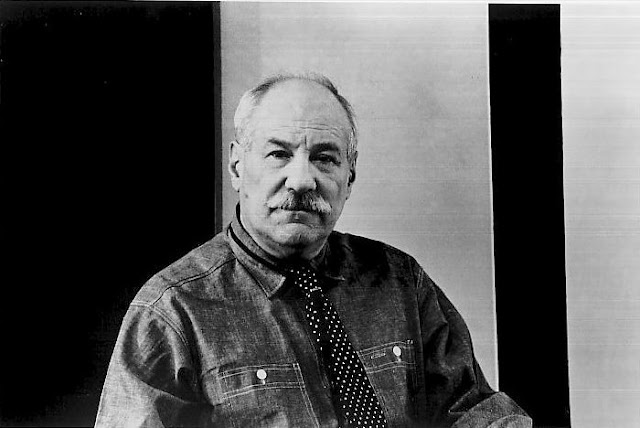 I have had similar struggles with one particular story of my own. I began writing it long ago, in the mid 2000s, at a time when my enthusiasm for the medium overshadowed my rigor which had yet to burgeon. Intoxicated with exploring the nature of the creative mind through the narrative of a New York artist and using the staid prose mastered by Paul Auster, I conceived of a story so thin, so vague, so sparing in plot that is seemed to be impossible to complete, as I attempted to start filling in blanks. Somehow its vagueness made it impossible to tack on enough substance without changing it. Over the course of half a decade, I’d change the story over and over, riding on various mini-revelations– from how to start the story, to what words to use more of, to entire episodes in my characters’ lives, to entire revamps of writing style. It still hasn’t attained that satisfying combination of meat and emptiness that I was after in the beginning.
Sometimes a story seems just to exist, independent of its author on the one hand, but completely inside his/her head on the other. Part of me wondered what this kind of story would be like, from a philosophical, Barnett Newman-y, never-to-be-published point of view… then I realized that I may have touched upon an essence. Over the years I had come to treat the story as a repository, a sketchbook-story, a sandbox where I can experiment with styles and events and anything else, before incorporating them into other stories I am working on. The vagueness, thinness, and bare-bones quality of its world suits it perfectly for experimentation, and it also detaches me just enough to not be overly concerned with getting things right.
This story has about six or seven versions in existence currently, and it is pleasing to me to observe how it shapeshifts as I gain in influences and desires in writing.
While everyone has their own methods, idea-management in any creative medium makes up the greater part of a work’s lifespan. Also, once it transitions from idea to matter, it is still only its creator who is aware of its existence. That grey zone, that private life of an artwork, must be understood and mastered for any artist to become an expert in his or her craft. That is the essence of Barnett Newman’s words. With the moral decisiveness he posits comes a sense of urgency, a sense of one’s work not being entirely in one’s control, and with that urgency comes the feared factor of time, and with time come questions of originality of output, the dread that someone else will claim this frontier as their own if one is not pioneering enough.
On a few occasions I have come up with ideas that either get done later by well-known artists or have already been done (and I simply did not know the precedent). Some of these are intentionally stuck in my head, just like my hobbled phoenix of a story. And while the first reaction to this news is bitterness, I am overcome with a sense of pride in having shared something with great artists. The two most notable, most recent examples are:
Marina Abramovic’s The Artist Is Present. 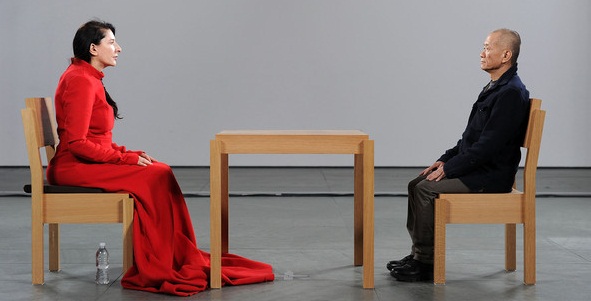 We were both on to the way the overlapping personal space of two people encountering each other becomes suddenly magnetized, especially when the encounter occurs in unexpected places and at unexpected scales. While Abramovic’s is more stripped down, a case study, or well-designed experiment, mine relished more the varied and unpredictable urban stage. Two people sit facing each other just as above, but without a table. At a pace so slow it is nearly impossible to notice, the two chairs move apart (via wheels presumably). By the end of the performance, the relationship between the two staring individuals is quite different from the beginning. Passers-by might start to cross the magnetized interstitial space. One could then continue the performance on other days by placing the two actors at any distance apart, from several yards to several city blocks. Hopefully the project would evoke that feeling of longing for someone, the need for someone. It would also emphasize how fleeting these connections are, just like the connection I experience with Abramovic herself. Sometimes we are each other’s compasses, each other’s Meccas and Jerusalems. We magnetize each other. 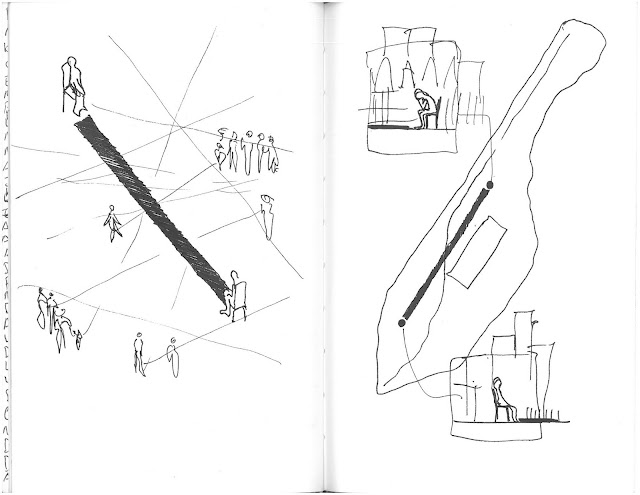 Michel Houellebecq’s The Possibility of an Island (reviewed by John Updike!) 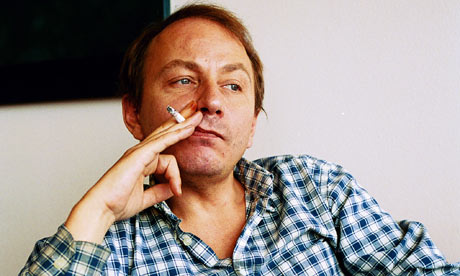 My version of this story takes place immediately after an asteroid grazes Earth, knocking it off its orbit, and plunging the climate into a deep ice age. One man survives by maintaining a fire in the Library of Congress, using the entirety of documented human history as the fuel. It was interesting to me to be faced with the choice: allow yourself to die for the chance that humanity may be remembered, or sacrifice history so that you may survive.
Of these I am most irritated of having been beaten by those works that have impossibility built into them– works that are intentionally impossible to conceive because of various physical limits. In these, the famous thread that Duchamp began a century ago is picked up: it is only the idea that matters. It simultaneously empowers every individual but it also frustrates the heck out of me because I totally could’ve published that! One great case in point is Douglas Huebler’s Variable Piece #70, which set out to photograph every living human being. Nice little analysis from Notations, with subsequent comparison to John Cage’s legacy. 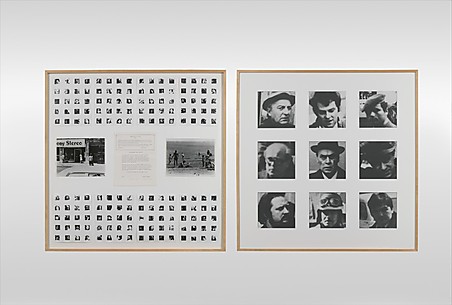 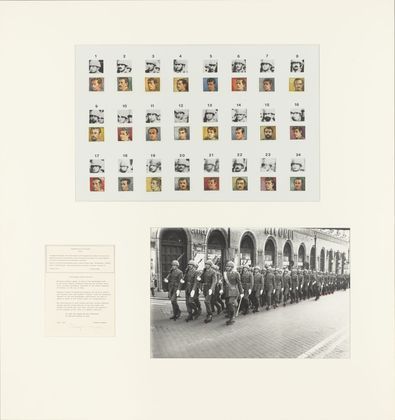 My question always is: how is it that an idea seemingly so destined to dead-end in the studio, in its private life, before seeing the light of day, spread to our consciousness? How is it that it’s now known as “the Huebler conceptual photography project” (indeed, these are the exact words I used when I appealed to Dennis Adams for help. He answered immediately)?
The famous artist can say that the idea is all that matters, that the present work is just there to illustrate that idea. Duchamp and Malevich are both granddaddies of this priority: all that matters is the will of the artist. The communication, the representation, all of that is secondary if not irrelevant. But! To deconstruct that would be to say that those statements themselves rely on being uttered by famous artists, or people with an audience. They are aware of their audience (that they even have one) and can thus get away with more. Sure, how many artists, alone in their studios, had painted the black square before Malevich, just as I had imagined two individuals sitting across from each other for a long duration before Marina Abramovic? The latter was just in the right place at the right time. Anyone who has seen Exit Through The Gift Shop and felt frustrated at the end by Mr. Brainwash’s rapid success is feeling the same thing– shortchanged because they sense that Thierry Guetta’s alter-ego acted only on account of knowing he was in the right place at the right time, not because of some sincere desire to create and move.
Noah forwarded me A Brief History of John Baldessari many months ago which contains that same nugget verbatim spoken by the man himself… in context, from 4:58. 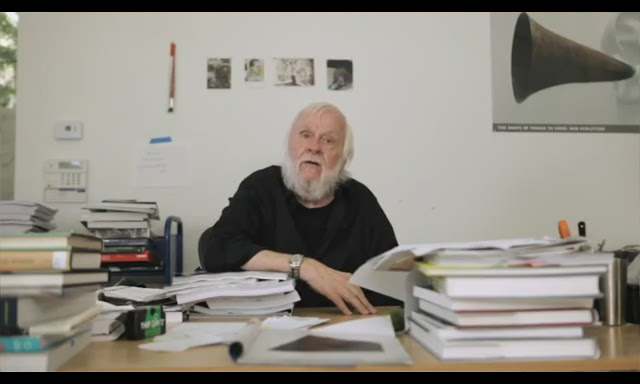 Charlotte suggests these two ideas: 1) multiple individuals acquiring ideas in synchronicity and 2) “being in the right place at the right time” demonstrate that some ideas, concepts, or technologies only gain popular traction (come out, explode) when the world is ready for them. Technology for photos, for example, had existed long before the daguerreotype– the foundation for 12-tone music had been set midway through the 19th century, yet it only really started its friction against the public 50 years later. It’s like a multiple choice question: the solution is actually there in front of you, you just need to find it. This runs contrary to the blank canvas maxim/truism/cliche. But of course, there is ALWAYS a precedent, ALWAYS a pre-existing conflict or dialogue. It shows that there is more at play in “progress” than just the availability of technology, or the brilliance of any particular individual. It is a delicate mix of them, plus aesthetics, public opinion, politics, economics….. and the ingredients need to be brewing just right before the next revelation comes.
CG, American Flatbread, Burlington VT, 12.22.12