Skip to the content
To those who haven’t watched it, this video gives some good insight into the players behind the MoMA expansion, and some good counter-arguments from the panel.
Times are tough at DS+R, their feet are in some muck. Liz Diller’s presentation comes across as stilted and uninventive, which is strange coming from a firm that has successfully championed urban infills and refurbishments in the past decade. So why the rigidity, why the sense of inevitability? MoMA stated that DS+R’s study of the American Folk Art Museum had to make adaptive reuse of the museum in subordination to their curatorial goals, and we are being asked to accept that their study was exhaustive. But as Stephen Rustow says (in more diplomatic words, ~1:02:00), setting up that hierarchy from the start will guarantee demolition as the result. It’s a selfish, aloof, very political move that makes the fate of AFAM appear truthfully sealed. The failure we are looking for is in that initial hierarchy– keeping AFAM whole should have been taken as the primary given, commanding and directing MoMA’s expansion, because only then could both sides of the argument come to a compromise.
But of course these issues are never black-and-white. Preserving AFAM is a much more sensitive thing and a proper solution should fall in the gray area in between. First, there seems to be a very narrow definition of “preservation” that even folks high up on the cred ladder are wedded to. The definition is that: in order to preserve a building, it must be completely untouched (or, the goal must be to alter it as little as possible). The panel brings up the term “facadism” to highlight the cons of not adhering to this principle. It of course is much broader– Jorge Otero-Pailos commences that discussion at 1:16:00. Stephen Rustow ‘s point that preservation is a much more varied undertaking and can take on many levels of demolition is absolutely true. There are numerous examples of buildings which have been only partially preserved (Lincoln Center, Cooper Union’s Foundation Building renovation, Hearst Tower, Picasso Museum in Barcelona, Olivetti Showroom in Venice, MoMA’s own 11 West 53rd St. for God’s sake!)– it should never be out of the question to only keep certain elements of the original project intact (like eagles or facades)– all cities grow in this very fashion.
With time it becomes clear that in the face of the threat of ambitious development, we must not become too galvanized in our zeal to preserve the past– we must, case by case, examine what we truly value in it. AFAM is a great example– we are so passionate about keeping the whole building untouched, as if we value each and every part of it equally. But this is of course not true. We (the architectural community, the rest of the city’s inhabitants, visitors, even history) far and away have assigned the greatest value to the facade. And deservedly so. But that means that we should allocate our preservation efforts accordingly. Here, there is an almost perfect opportunity for using facadism positively.
DS+R’s work clearly grapples with the limits of demolition. At what point does the building lose its architectural integrity and just become a mangled ruin, or a bunch of scattered fragments? Such a limit is real without a doubt, however there’s nothing to prevent an inventive architect from reinvigorating what’s left with something new. This is what all urban infill projects are about. If we only griped about what would be lost, we would never get to enjoy the prospect of something new. But if Liz Diller is correct about AFAM’s obdurateness, we have a bit of a contradiction.
AFAM’s resistance to change is considered a strength and a virtue (~46:00), a sign of its perfection as a finished work with a particular program on a particular site built at a particular time. But how can that be praised when the very institution proposing its demolition has undergone so many changes in the last 100 years? Change, of course, is one of the tenets of Modernism. DS+R asked the right question in “Is Modernism a done deal?” But strangely the the question wasn’t asked of the museum itself.
Modernism, despite its forward-looking spirit, is becoming dated. With the advent of what Jeremy Rifkin calls the Third Industrial Revolution, Modernism, indebted and parallel to the Second Industrial Revolution (assembly lines, automobiles, electricity…) has entered its end game. At what point, if at all, does MoMA decide to comply and close the package of ‘modern art’ and begin the phase of archiving and enshrinement (which again demands confrontation of the limits of preservation)? It’s an inevitable step in any movement or period, something society has an instinct for. What will happen to the AFAM collection? Has MoMA deemed it unworthy of enshrinement? Who are they to determine that, given the institutions’ mismatching mission statements (vernacular vs. contemporary, craft vs. product)?
In many ways this simply shows the current state of museums: global superpowers wielding deadly developing power– in a city as cramped as NYC it should come as no surprise that an enormous museum will expand into someone else’s territory– eventually a parcel of territory will come across whose value surpasses promises of the future with past achievements.
But this split happened prior to these present issues and discussions– the mad irony in all this is that AFAM had to sell the building in 2011 to relieve itself of debt– debt from loans taken out in order to get it built. The present state of affairs should have been foreseen even then. Oddly enough, AFAM may have been the perpetrator of its own demise. 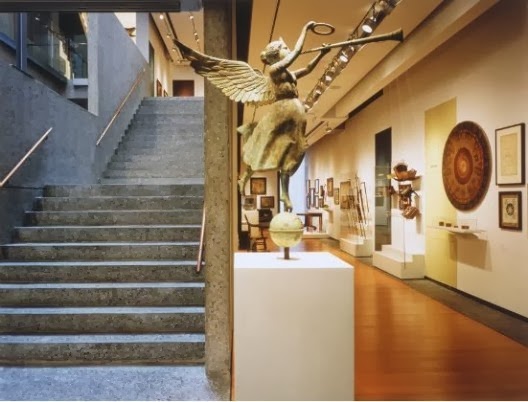 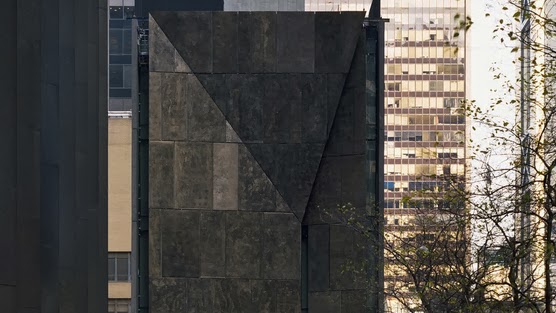