Well, what about this? This is a promotional sign for the Superilla, in Barcelona’s Poblenou neighborhood.

Though I had seen propaganda about it for many months since arriving last September, the Superilla remained rather isolated in my head. Which is only natural, since a) The Cooper Union is now in my past, and b) everything that happens in Barcelona nowadays is contested to the last political penny and the last bit of data– in other words, not aesthetically or pedagogically. But when I passed that sign in Poblenou, the parallels finally struck me. This was the 9-square grid reborn. This time, wearing the clothing of smart cities.

The Superilla is an urban planning concept which takes a chunk of city blocks, bans vehicular traffic from them, and opens the roads into pedestrian-only zones, creating a new mini-neighborhood. There are numerous examples of this popping up around the world, from Hong Kong to New York City, but Barcelona’s efforts have gone further.

The Eixample district, a sprawling grid of 100-meter square blocks, was conceived in the mid 19th century, when cars were being born. Their design took these fledgling new modes of transport into account. 150 years later, however, the Ajuntament de Barcelona took the advice of several BFD urban planners and started scaling back the presence of cars.

It made a lot of practical sense. One of the main benefits of the Superilla is its comfortable scale: at 300 meters a side, walking around it might feel like a medium-sized park. 12 corners per cross-street, and that yields enough opportunity to loaf, bump into strangers, or pass a small business. Mobility experts also tout the 3-street module for its minimal impact on vehicular traffic: since opposite streets on the Superilla perimeter will still go in opposite directions, as few cars as possible will need to take detours. Heavier vehicles like buses or trucks must be rerouted, but at least only one bus stop would supposedly be needed for the entire Superilla.

The diagram of the 9-square grid could take on yet another symbol (as the Superilla promotional Twitter handle demonstrates): 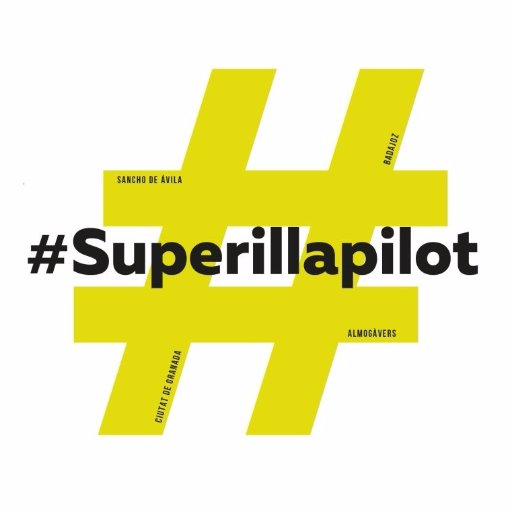 Was this versatility what excited the Cooper Union denizens about the 9-square grid as a teaching tool? Once you set it up, it becomes like a scaffold that could contain a satisfactory number of possible operations (not too many, like chess, nor too few, like tic-tac-toe). You get 4 and you get 3 at the same time. You get enclosure. You get the suggestion of expansion. In the end, the 9-square grid is a resilient and fertile space.