Skip to the content
http://www.orwell.ru/library/essays/politics/english/e_polit
A must-read. There are strong lessons here for poets and speech-writers in equal measure. Unfortunately, what Charlotte, Ezequiel, and I recently concluded on the definition of poetry– that it is the economy of language– applies here to any form of writing at all. Just the way it should be.
i. Never use a metaphor, simile, or other figure of speech which you are used to seeing in print.
ii. Never use a long word where a short one will do.
iii. If it is possible to cut a word out, always cut it out.
iv. Never use the passive where you can use the active.
v. Never use a foreign phrase, a scientific word, or a jargon word if you can think of an everyday English equivalent.
vi. Break any of these rules sooner than say anything outright barbarous. 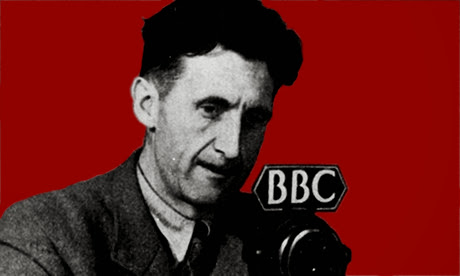 If you haven’t seen Detachment by Tony Kaye, see it. One of the best moments of the film comes when Adrien Brody delivers a talk to the class on the continuing significance of George Orwell.
“How are you to imagine anything– if the images are always provided for you?”
The ubiquitous assimilation described about images is the same for words.
It is the risky task of invention to attempt to oppose that assimilation, to contribute something to the world around you instead of the other way around, and to put up a firewall to the numbing ideas promoted by those talking loudest. One battle at a time. 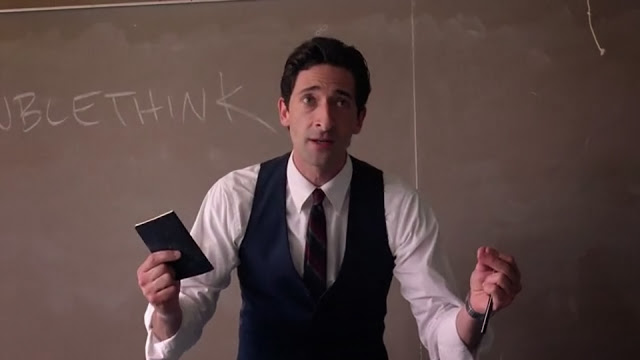 An article from Cracked perfectly highlighting the continuing significance of Orwell’s point.