Skip to the content
Christian and I gave an architectural walking tour of midtown in September (titled “Outreach To The Elderly”). In writing it, we were ourselves surprised to discover an elegant distillation of the architectural merit of Grand Central Terminal, and a simple explanation of what architects mean by “space.”
One of the unique challenges of URBAN architecture is to give order to a very complex setting. Great urban buildings allow us to see various scales in alignment. What better opportunity to get that grand alignment in play than in a transportation hub?
– In the larger context of Manhattan, we are always aware of the cardinal directions (which way north is)– the rectangular concourse is part of that grid, and each exit is labeled (“Lexington Avenue”, “Park Ave South”, “Met Life Building”, etc…) so that we always know where the rest of the city is.
– This also includes the trains, as one can see the upper platforms from the concourse and the train tunnel stretching northward. It was William Wilgus’ idea to stack the local trains on top of the express trains underground and clear the way for the development of Park Avenue in all its majesty. Here we have access to Connecticut and the Hudson Valley and the MTA all compressed into one station, built at a time when trains were supplanting carriages as the primary mode of public transportation.
– Above, the zodiac painted on the ceiling, along with the arches of the ecliptic and equator, remind us of the even greater celestial order.
– Even time is accounted for, in the very center, in the face of the clock.
All of these scales, in reality located outside the concourse, are projected onto its interior walls for us to observe like a map. The concourse is all about reflecting the outside world, giving us a moment in an empty room to reconfigure ourselves, and perhaps contemplate, without disrupting our getting from one place to another. It is in all senses a node, a huge hollow punctuation mark, made up of mostly air.
Grand Central has the interesting quality in that its definitive image in people’s minds is not a chunk of mass or anything solid, but rather the space thereby enveloped. There are few examples of this (Taniguchi’s MoMA is another good example): buildings whose lasting “image” is almost not of the building per se, but rather of the area they surround and reframe, where the focus shifts to the space rather than the materials. 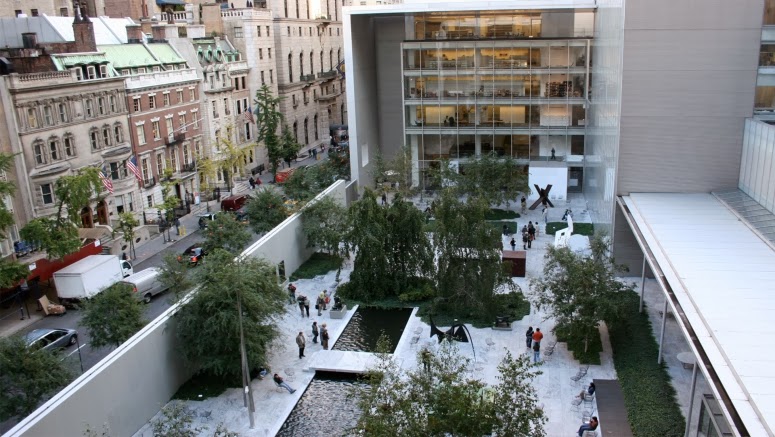 Therein lies the rub of architecture, what I call its working paradox:
We are attempting to manipulate emptiness (something that cannot be manipulated) by instead manipulating material things around it.
When we say “meet me at Grand Central” we know exactly where we mean, and we are taking full advantage of that paradox. Even in a room as large as the concourse, there is something close to a perfect center, the information booth with the clock, a detail around which things slow down, come into focus, and shrink to a more conversational scale. This is even comparable to ‘points’ in mathematics, or ‘instances of time’ in physics. They are things with no real size or quantity in themselves, vectors with no quantity or direction, which serve but as markers of reference in systems designed for infinite possibility.
Lastly, Grand Central is one of the few buildings which includes people in its photos. The common architectural critic is often heard lamenting the lack of people or any kind of ‘life’ in architectural photography, and that it suggests a larger skepticism / obliviousness to how a building will hold up against time. GCT is a great inspiration which includes people as a vital part of its architectural equation.