Skip to the content
I’ve dabbled in so many pieces of information in so many fields in the past week–even in the past day.
I realized that the contemporary knee-jerk term “instant gratification” is not what is really at the heart of the common generation-Y (?) mindset. Let’s curb our cynicism for a moment and consider a more optimistic interpretation. It isn’t consumption for the sake of consumption: it’s the search for knowledge. Of course, what we know about the human brain indicates that it is a machine that can hold far more than we give it. There seems to be a core desire to know everything about the world, basically, and to be able to contribute in every field and affect everyone’s life (or some related form of this desire). Perhaps the reason we tweet and wiki and listen to every piece of music and travel and dabble and masquerade as dilettantes and refuse to settle on one thing and build a “career” is because we are now exposed to so many more possibilities that we never feel quite satisfied settling with one thing. It is a core unwillingness to sacrifice the joy of learning new things in order to most efficiently contribute to society.
Imagine if your white blood cells decided to throw a party, hang out, and relax for one night in your pancreas, and lock the door. Imagine if your heart, bored from all its monotonous labor, decided to travel down to your stomach and sightsee. Imagine if one cell decided it was too cool for the exact role its genetic code prescribed it and a quarter of the way through its life abandoned its place and went to try out something new? We can see the problems this would cause. Likely not an entire meltdown, but the organism would function decidedly worse. Can we conceive of a system that allows individual parts to change roles as they mature? Could adaptability be the next standard?*
Combine the desire to change roles midway through one’s lifespan with the legitimization of ideas that are either a) rawer and less developed, or b) pretty much directly stolen from someone else, and you have a world in which anything is possible, mainly because there are so many things in it already, but no less importantly because many technologies are capable of automated production of unique objects and conditions that multiply with every generation and give the human user a boundless amount of choice.
Bruce Springsteen’s keynote speech at SXSW: “We live in a post-authentic world…. it’s all about how you are putting what you do together. The elements you’re using don’t matter. Purity of human expression and experience is not confined to guitars, to tubes, to turntables, to microchips. There is no right way, no pure way, of doing it. There’s just doing it.” 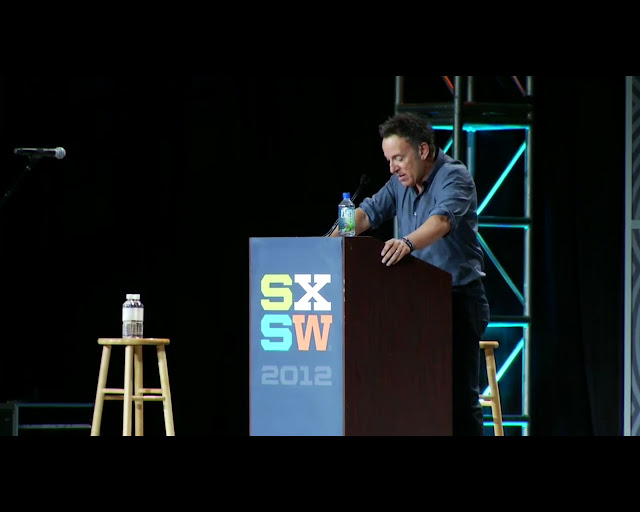 *Take, for example, the ancient Egyptian and Greek temples (Hephaestus’ Temple below). They are held as the ultimate pieces of architecture– why? Because they appear to defy time. Persistently, they continue standing and standing and standing, unchanged, at least in the mind’s eye, representing humankind’s delusions of superiority over the ways of the Earth. 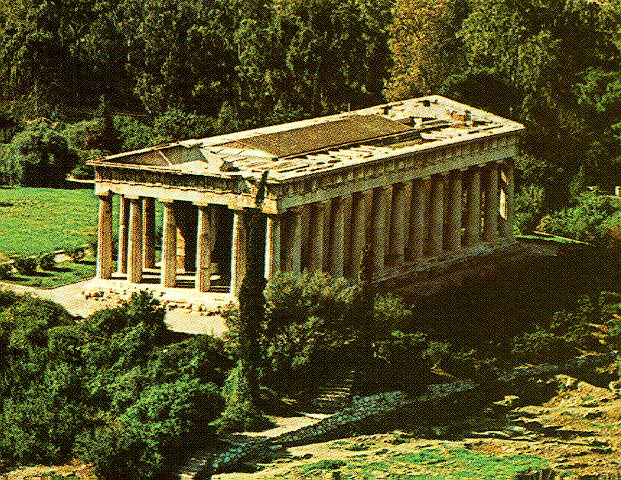 But maybe it’s time for a new “ultimate” characteristic of architecture to hold itself to. Adaptability. The emptiness inherent in the ruins of those temples comes obviously from the fact that they are physically empty. Times change; people begin demanding other forms, other functions, of the buildings they inhabit. War happens. Recessions happen. Poverty happens. Revolutions happen. Fashion happens. People move out. They spread (virus-like) to other areas where their desires can be built. The lucky few old buildings remain. It may be time to seriously consider a near future when building technology will permit construction of buildings that are infinitely adaptable– they will defy time by shapeshifting, renewing themselves to meet new demands, and somehow concede a victory to both the fickle human and the mutable earth.
Think this is all impossible? Think again.
And again.
And again. 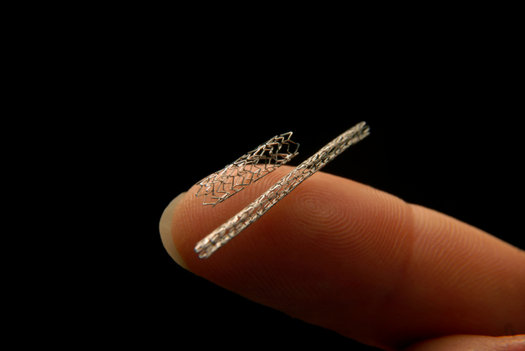