Yorick’s skull just now set down
(Like your hand once weighed ideas)
Warm erasers, smeared and dark
With residue of angel’s wings

Wood and steel and acetone
Bloodless, in the background
Nothing breathing, nothing cold,
Smoke escapes beyond the frame

(Sometime before, you fixed your eyes
Blasting forth that loving beam
Some lost limbs, were sliced like plans,
we lost our heads. New York burned down).

Shards of paint from fallen skies
If nine columns were to buckle,
Pushing out infesting life was
A nightmare you told us to have.

A headache in our gilded minds
Ideas, like voids, kick and scream
To be released from custody
back to mother’s arms.

Perfect stillness. Strain to think,
cease to be an architect,
fill the studio silence
which none of us admit:
that for this perfect still life
a frame of perfect death.

We wish we could continue
The same the same procession
That’s been performed since eighty two:
Us, in pointless black, weeping,
bearing monoliths with nothing inside
but ideas, nightmares, acute angels.

Bring this queen to her grave!, we sing,
Williams’ O mother of flames!, but
OMNIA CAMENAE IN VANITAS EST.
Now that you’re not here anymore
Will our world become… inhabited…
And everything unravel…?

I started with the solstice
but I had to measure it out.
Not with carbon hair, nor melting ice,
nor echoes from a siren’s mouth.
So I hung Noah’s pants at dawn
up on the cliffs facing south,
And set the sun only
once they had dried out. 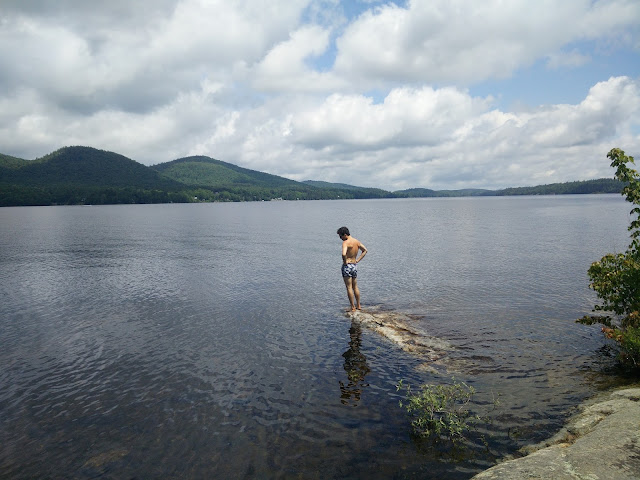 Anyone familiar with painting techniques is familiar with a fundamental principle behind color mixing: not all pigments are created equal. One quickly learns to be very careful mixing dark paint into light paint– even the slightest drop could turn the whole color brown. Conversely, to lighten a dark color, one must add a whole ton of white to get it to change.
Great! You’ve learned the universal principle of color dilution. Your life will now be enriched. Every painting you see, river you swim, cloud you watch, and soup you cook will be guided by this truth.
But then you learn to enjoy a cup of tea or coffee… and it’s a full about-face. Both are dark liquids, but adding even a drop of white milk makes them completely change color. Do the opposite (add a bit of tea to a cup of milk) and the change is barely noticeable.
These days it is considered antiquated to posit the world in binaries, but… in what various contexts do the scales of light vs dark tip in unexpected directions? And in which of those can we force it to reverse? 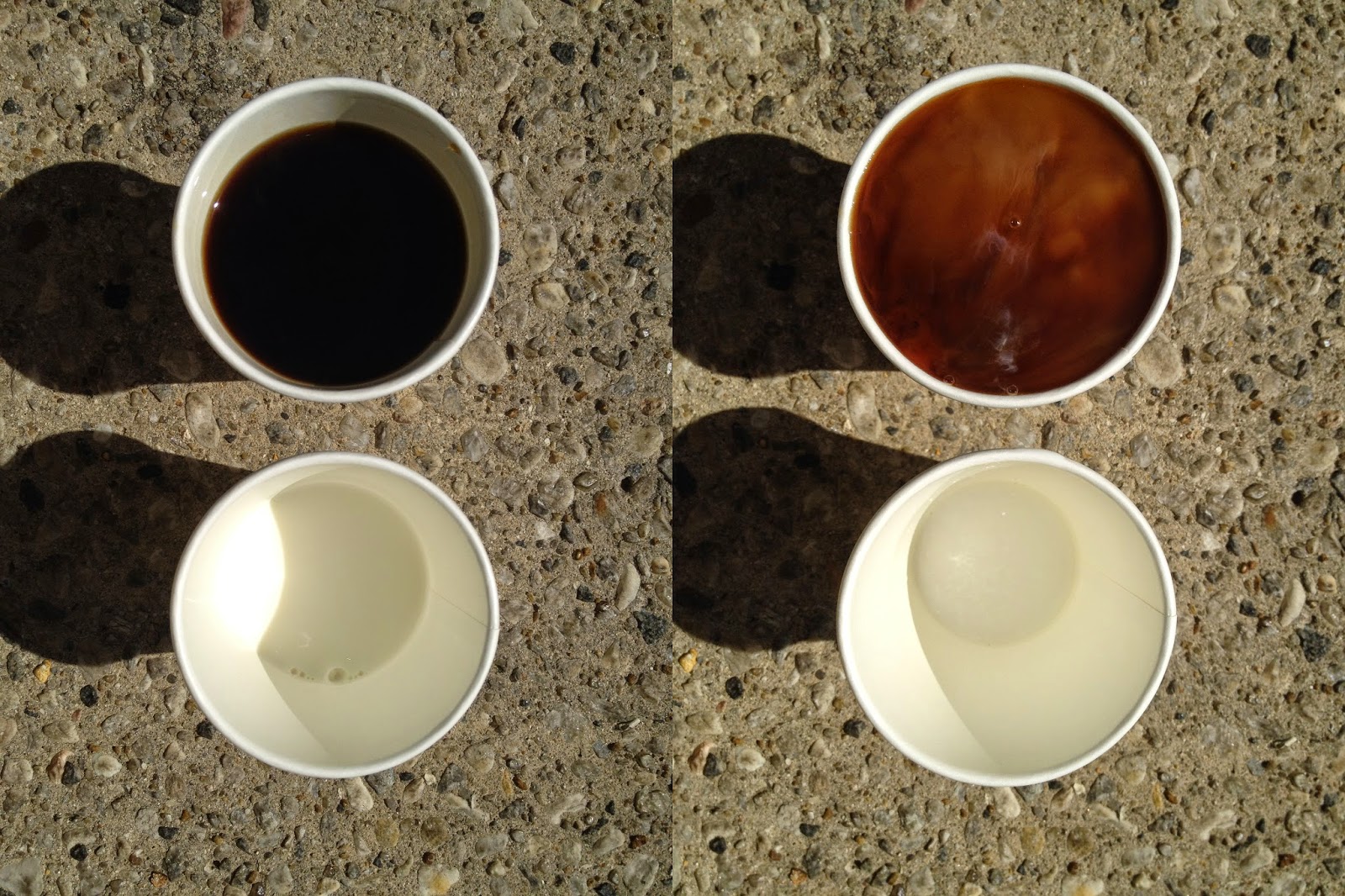 [below, an excerpt from a poem I’m writing]:
….
The question, my fellow molecules, so cloudy to ask
should contain in it the word dilution
the answer to which must drive us to draft,
in concrete, a clearer constitution.
….
I love the horizon on a sunday morning.
i’ve waited a week for this softest of sights,
her cloudy lids rising with silver eyeliner.
She partied last night with a newly-made lover earth
but there is one thing she created on sunday:
coffee– and it was only for me.
I love the horizon on a sunday morning,
the day the torch was passed.
You wiped the powdered rainbows from your dawning brow,
“read to me,” you beckoned from a stairless loft.
I nicked your earrings, lipstick, and brush
and set sail for work with your blessing afore.
I love the horizon on a sunday morning,
the ambiance of a cherished life
god is the voice, between bird and barge,
that reads us her diary and hums her equations…
just soft enough for a lashing lullaby,
just loud enough to earn a look
into her mascara’d eye. 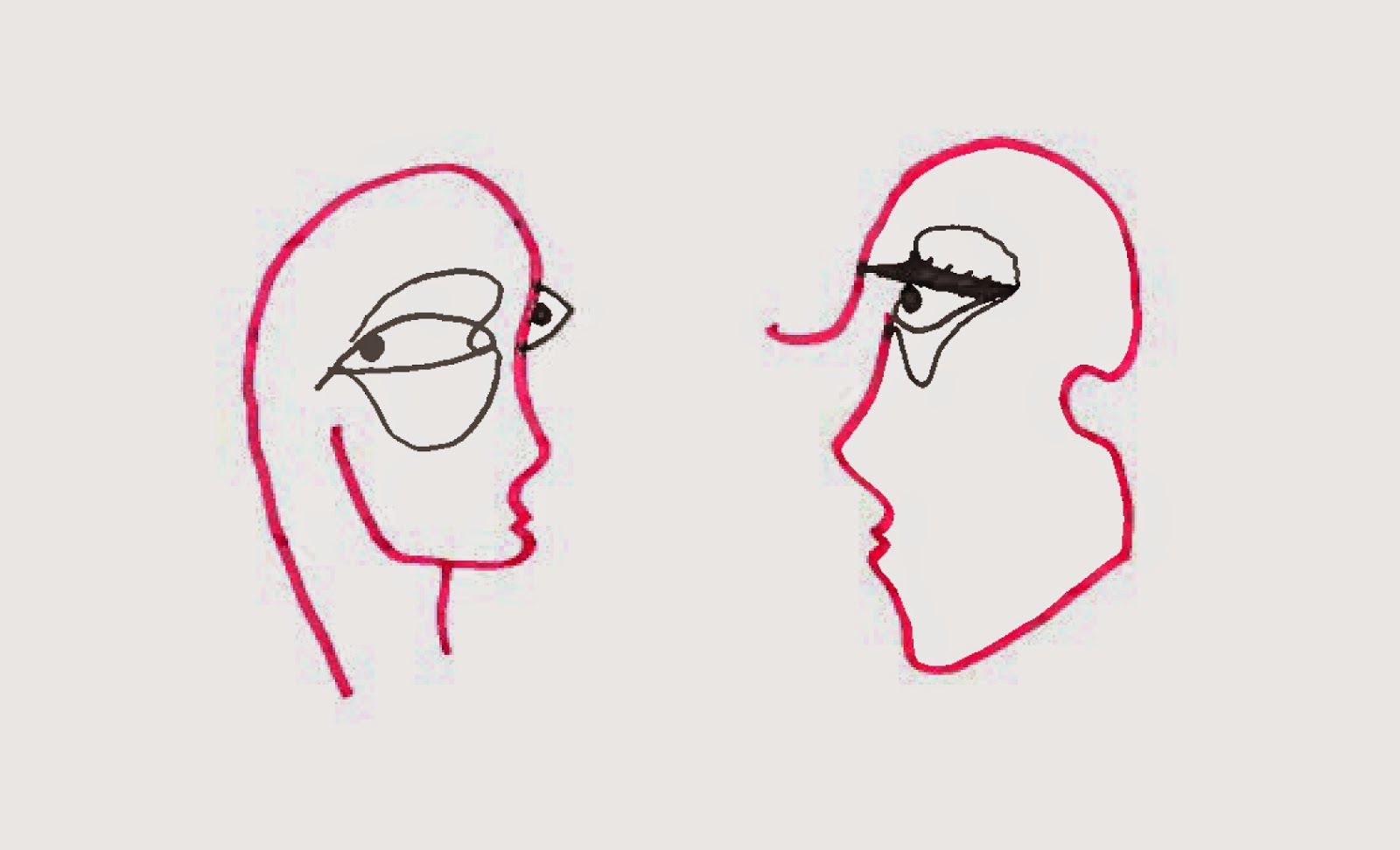 I asked the moon out to prom
by chugging the oily seas where she skinny dipped,
I threaded needles through the smallest stars and sewed a velvet sky…
But she just rolled her big white eyes.
“I need no more big-belted bastards. You’d better be the bashful guy.”
So I slimmed back down, thoroughly lady-whipped…
It’s a sarcastic universe, mom. 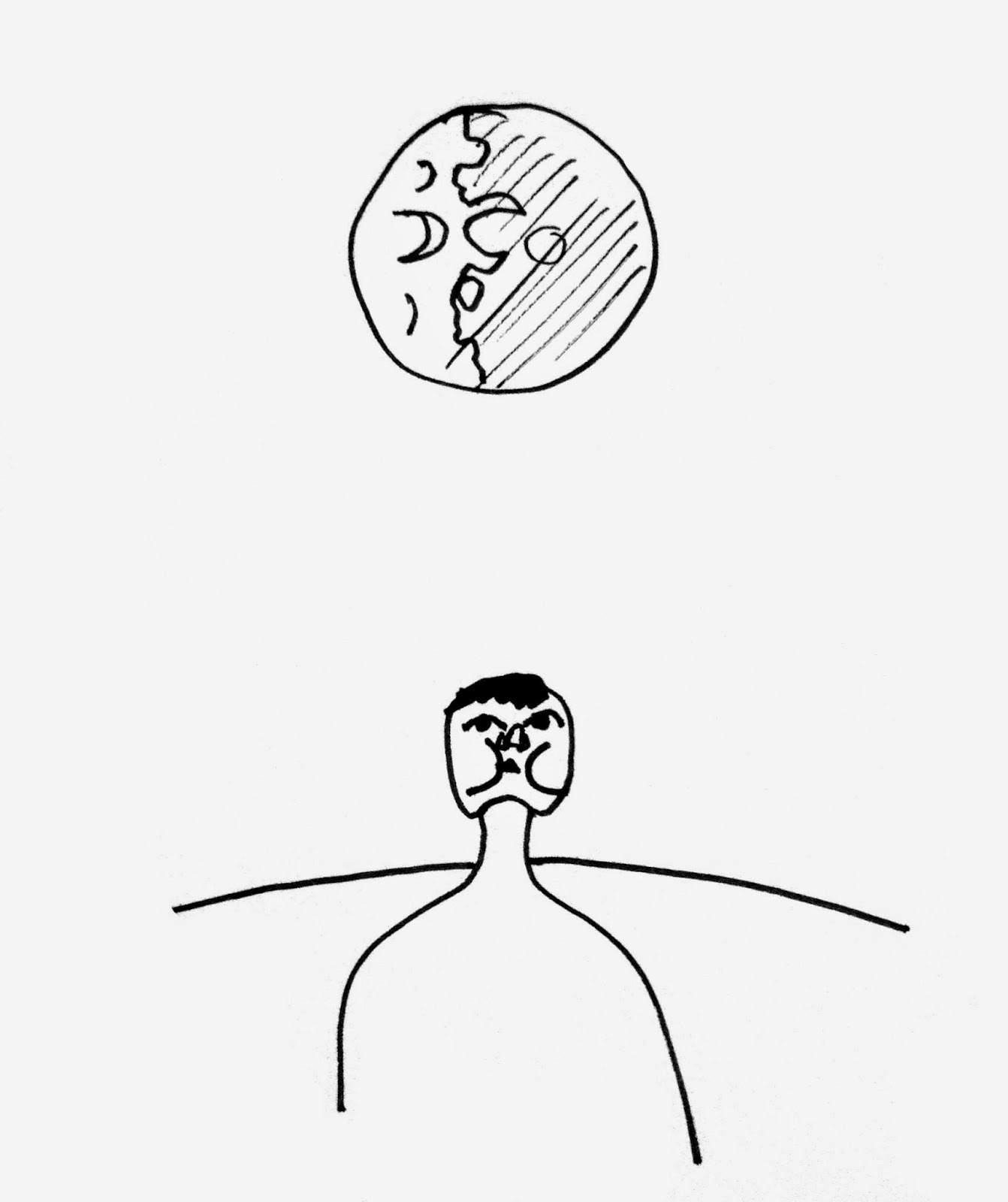 Try as I might
I can’t burp the baby
who won’t stop eating
Paper.
Maybe instead
I’ll teach it to vomit
and stop wasting my bottled
Ink. 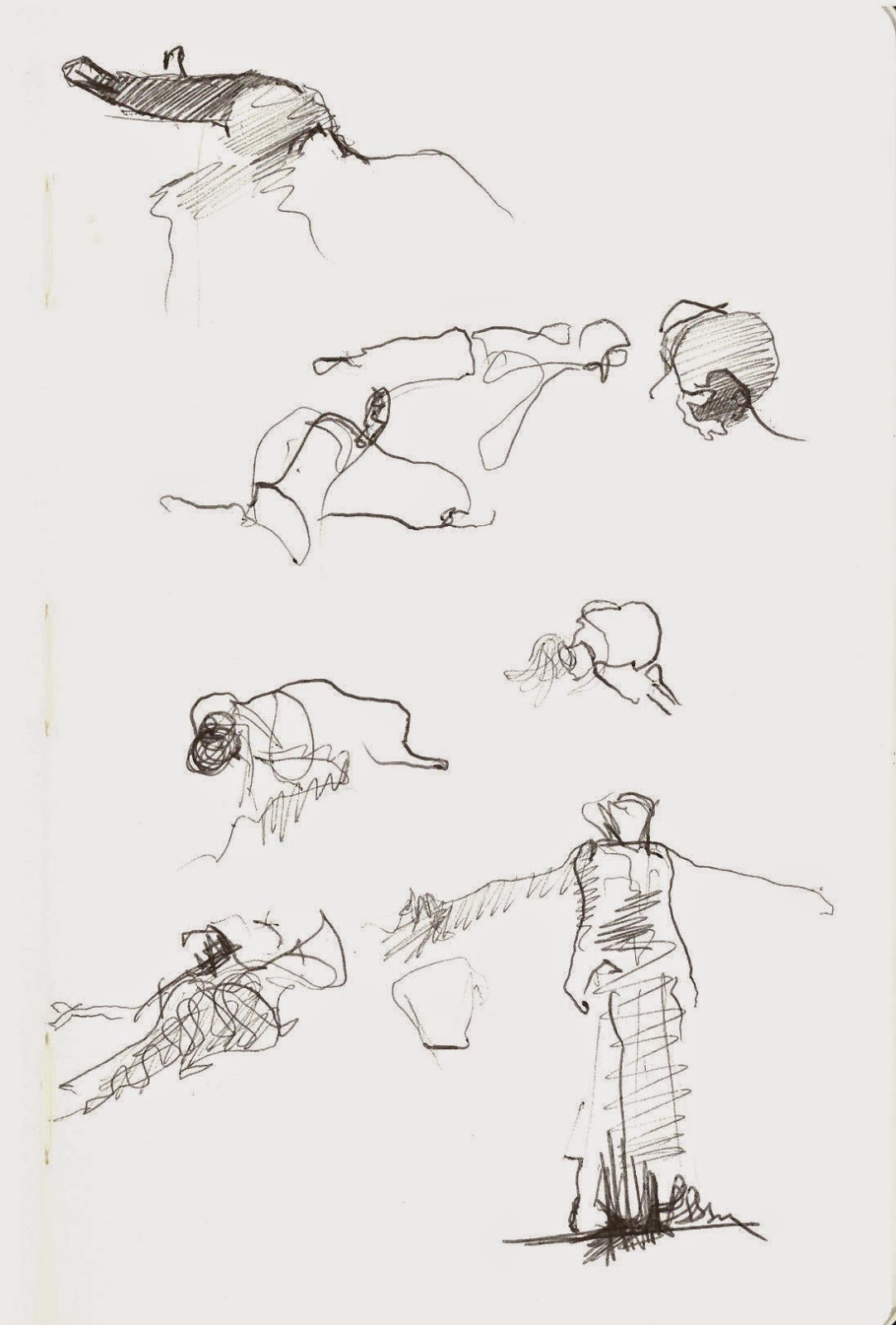 The living rocks cooled,
The wriggling fish washed ashore,
The birds and lizards fell
victim to a more fiery roar–
And so will mankind,
being once supreme,
be reduced to apes
by the machine.

Consider this a preamble to an upcoming article on verticality.
A couple of cool articles:

First words, they always do that sexy thing
like the first time I moved on you,
their anesthesia makes last light
(how many stitches do I need?)

But then there are last words,
Their breath makes next light
which move on the long wound
and make you unforgettable. 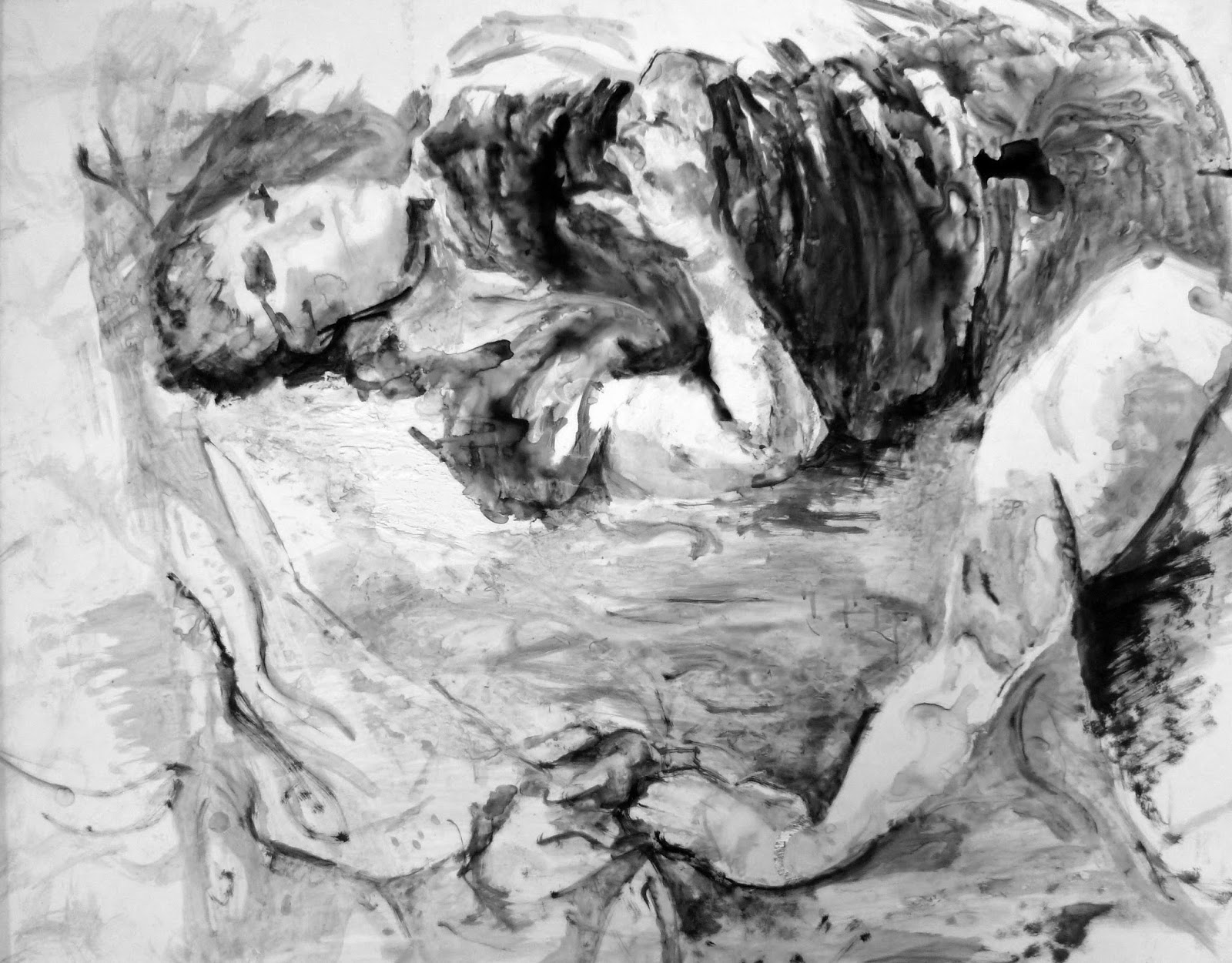 Every time I’ve caught you, airborne or bedridden, I’ve…
Tried to invent a new way of holding you. And while hundreds there were,
cradles, clasps, passions, pietas,
more often than not my curls and swoons and tenderness
forced
brought me so close, so deafeningly in
that you ended up holding me…
You know how:
true inventors are just failed Gods?
your folds I cannot fathom?
your fathoms I cannot hold?
Well, old timer…
Won’t you carry me to bed? 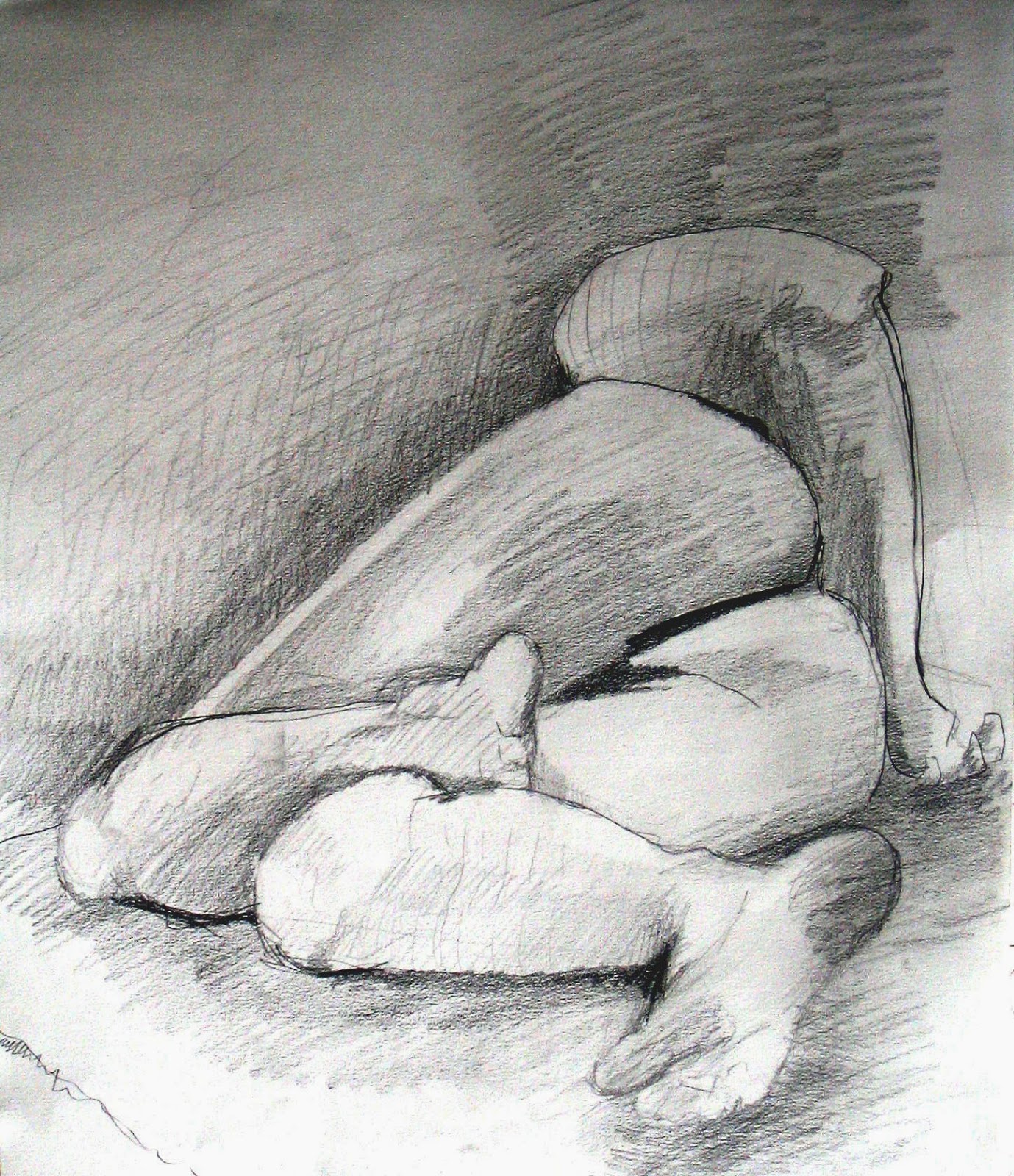 Our elders say that youthful Hope and ever-ageless Trust,
Created the blushing western sunset and pensive eastern dusk
Upon discovering their precious earth was but a stiffened trail
And their sky would never bear the rains nor sprinkle icy hail—
That they, in fact, were leading lives too focused on some goal—
Some two-dimensioned peaks to climb, colorless and cold…
So Hope matured into Ambition and Trust morphed into Faith
And our ancestors with ageless vim turned distance into space.
Today we toast their grand design and welcome humans to the feast
The task is heavy, we admit, to fill the chair of the deceased
But they have Ambition’s blood, and Faith’s hereditary traits
Every twilight they’re reminded with colorful displays:
That it’s not the peaks but the journey that does a rich life make
And a life emotionlessly lived is but a blankened skyslate.